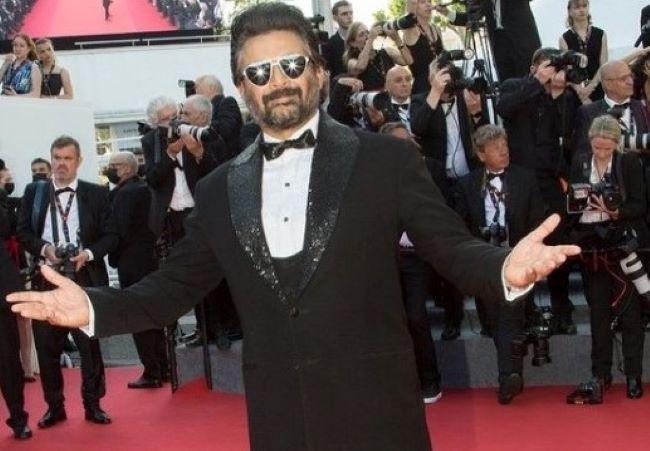 Eminent Indian actor and filmmaker, R Madhavan, walked the Red Carpet at the Opening Film at the 75th edition of Cannes Film Festival as part of the Indian delegation of celebrities from across the cine world, led by India’s Union Minister for Information and Broadcasting, Shri Anurag Thakur.

India is the official Country of Honour at Cannes Film Market in this edition of the festival. This is the first time this honour has been bestowed on any country and comes at a time when India celebrates 75 years of Independence, coinciding with the festival entering its 75th year.  As part of the India’s Ministry of Broadcasting and Information’s programme of events at Cannes Film Market, R Madhavan’s much-awaited directorial debut,  biographical drama Rocketry: The Nambi Effect, will receive its World Premiere at Palais des Festival on Thursday 19th May.

Rocketry: The Nambi Effect has been shot simultaneously in multiple languages including Hindi, Tamil and English, with the English version premiering at the prestigious, international film festival. Its theatrical release, scheduled for 1st July, will also feature Telugu, Malayalam and Kannada versions. R Madhavan plays the role of the eponymous, Indian scientist, Nambi Narayanan, a former ISRO scientist and aerospace engineer, and has also directed, produced and written the film.

Rocketry: The Nambi Effect is produced by TriColour films, Varghese Moolan Pictures and 27th Investments. The film is being distributed by UFO Moviez in India, with Red Giants distributing in the South, and distributed internationally by Yash Raj Films and Phars Film Co.