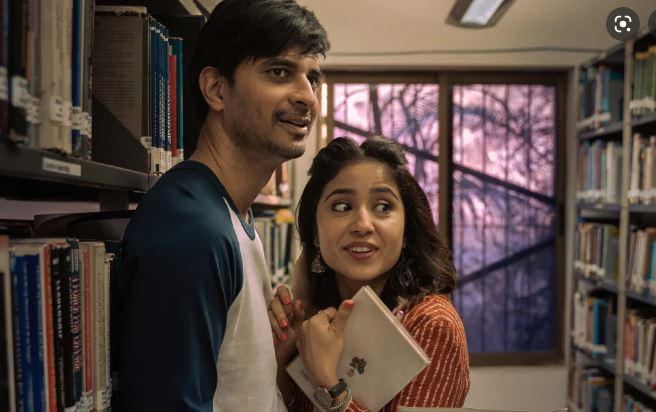 The show, a romantic thriller, follows the story of a simpleton Vikrant essayed by Tahir, who gets endlessly pursued by the daughter of a powerful politician as he struggles to keep his promise of marriage with the love of his life – Shikha essayed by Shweta.

While the show sees Tahir stepping into a new territory of romance thriller, it also portrays the vulnerabilities and insecurities of Shweta’s character of Shikha as she tries to stay afloat amidst a world of crime and hot pursuit.

Tahir and Shweta recently spoke with IANS about the advantages of performing in a web series, their experience of working in a set up of small towns and also shooting at places where air becomes thin but the grit to perform becomes denser.

Explaining the difference between approaching a character in a web show or a film, Tahir says, “The great thing about a web series is that it allows you the timeline to play with a character for a longer period of time. Normally a transition like this would be very hard to execute in a film.”

For Shweta, who has acted in ‘Masaan’, ‘Mirzapur’ and now ‘Yeh Kaali Kaali Ankhein’, and has lived in Varanasi, the physical setting of the north naturally adds up to her performance’s strength but what appeals to her the most as an actor is the simplicity of small towns, “I really enjoy the kind of simplicity which you get from small towns. It feels so pure because small towns stay a little astray from the hyperconnected world and complex metro life.”

Tahir leads us to his process of approaching his character in the series, “You have to start with understanding the character of Vikrant along with his world and his fears. The closest to him in his life are his family and Shikha. And I believe that no one in life in cinema is all good or bad.”

He adds, “It’s always like a balance and it always depends on the circumstances and what tips that balance, and it is that last straw in the series which leads to the balance going from 49 to 51 per cent. That’s when my character stands up for himself.”

The actor rounds up the conversation by talking about what makes the show special to him, “For me, what makes the series interesting is that with every 2 episodes you feel like you are oscillating and moving through different genres.”

“We start off as a light romantic drama and we gradually become like a dark drama or a psychological thriller. In fact, the director calls it a dramatic thriller with dark humour, and I think it’s the most beautiful way to describe the series”, the actors sign off.