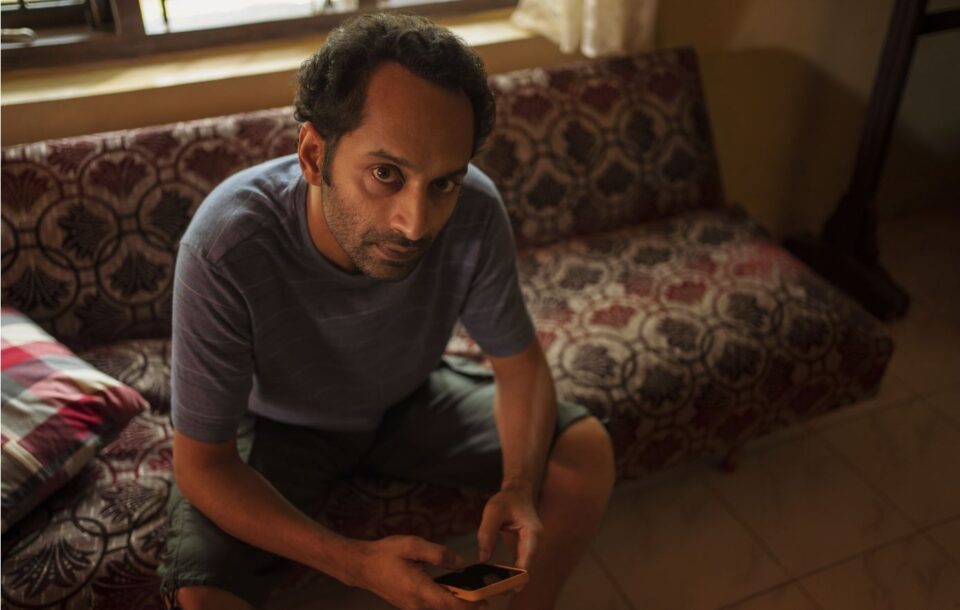 Just when you’d think another fresh take on William Shakespeare’s “Macbeth” couldn’t possibly be done, comes “Joji”. Fahadh Faasil’s new collaboration with director Dileesh Pothan retains the basic outline of human avarice and slant at violence but sheds Shakespearean grandeur of the story in favor of restraint as it builds up the crime drama.

“Macbeth” and its innumerable retellings (including Vishal Bhardwaj’s magnificent “Maqbool”) have traditionally banked on a singular tragic flaw while spelling doom for the towering Shakespearean antihero — his ambition. Pothan’s film underplays that bit, and gives the titular protagonist (played by Faasil) the persona of a weakling, ridden by inferiority complex.

Faasil’s Joji is clearly the weakest in every way among the three sons of a rich plantation owner, Kuttappan (Sunny PN). Screenwriter Syam Pushkaran draws up Joji, youngest of the brothers, as a loser. He is an engineering dropout and while he dreams of being a wealthy NRI he has no clue how to go about it. Twist in the story comes when Kuttappan, on returning home after a stroke, clearly refuses to give Joji any inheritance whatsoever. Angered, Joji quietly changes his father’s medication, which leads to the latter’s death. As the narrative moves ahead, a paranoid Joji sets on a frantic bid to cover his tracks, only complicating his situation further.

Pothan and Pushkaran have tried interesting departures from what defines the “Macbeth” storyline. Among the most pertinent re-jigs is Lady Macbeth, imagined here as Bincy, played with cold precision by Unnimaya Prasad. Bincy, wife of the second son Jaison (Joji Mundakayam), is an accomplice of brother-in-law Joji more by chance than design. Her role is restricted to playing along, because she sees possible subsequent advantage that she could draw out of Joji’s nefarious plan of action.

Unlike “Macbeth” and almost all of its interpretations, the Lady Macbeth track here is restricted to greed. There is no sexual or marital subtext of any consequence in Bincy’s equation with Joji. The idea lets Pothan craft a narrative that stays singleminded in its focus on Joji’s mind games.

That sort of an approach is also the reason this film has done away with the symbolism that renders “Macbeth” much of its textual richness. Parallels to blood on the hands, supernatural apparitions, the Three Witches, or the Birnham Wood coming to Dunsinane are either negligibly touched upon or done away with, in sync with the frills-free cinematic treatment of “Joji”.

The biggest departure, of course, has to be Fahadh Faasil’s reorganised Macbeth. As the low-key Joji, he strikes an antithesis of the heartless killer the protagonist will eventually turn out to be, executing the role with impeccable restraint.

Faasil gets ample support from the prop cast. Baburaj as the eldest of the brothers, Jomon, an alcoholic divorcee and single father, is aptly cast, as is Joji Mundakayam as Jaison, the mild-mannered second brother.

“Joji” strikes subtly as it delivers impact, through Shyju Khalid’s impersonal cinematography that almost functions as a discreet onlooker in a household of disquiet, and through Justin Varghese’s soft background score that leaves a note of menace.

The film was shot in the Covid era, and Pothan has crafted an exquisite “Macbeth” in the time of wearing masks. The characters of “Joji” wear their masks not just literally but metaphorically, too.