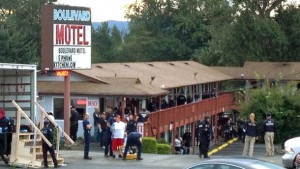 Jaspal Singh, 37, Kulwinder Saroya, 42, and Lakhvir Pawar, 41, Tuesday admitted they profited from drug-dealing they allowed in the premises of their motels Seattle, The Seattle Times reported.

According to the report, Singh and Saroya admitted they would direct their staff to collect a $10 entry fee for people who came to their motels – Travelers Choice Motel and Great Bear Motor Inn – seeking drugs or sexual services.

The US law enforcement authorities have seized more than $265,000 from their home and bank accounts and a 2007 Mercedes-Benz, the report stated citing a US attorney office statement.

Under the plea agreement, Singh and Saroya reportedly agreed to forfeit the two motels and their home.

Lakhvir Pawar, 41, manager of one of their motels, under the terms of his plea agreement, will forfeit his interest in the motel.

The case was uncovered after an undercover informant purchased cocaine in deals set up with motel residents by the motel managers.

Police said there have been incidents of rapes, assaults, drug dealing, prostitution and at least three overdose deaths in recent years in the motels.

“Since we shut these motels, the number of police calls to the immediate area has dropped by one-third,” attorney Jenny Durkan said.