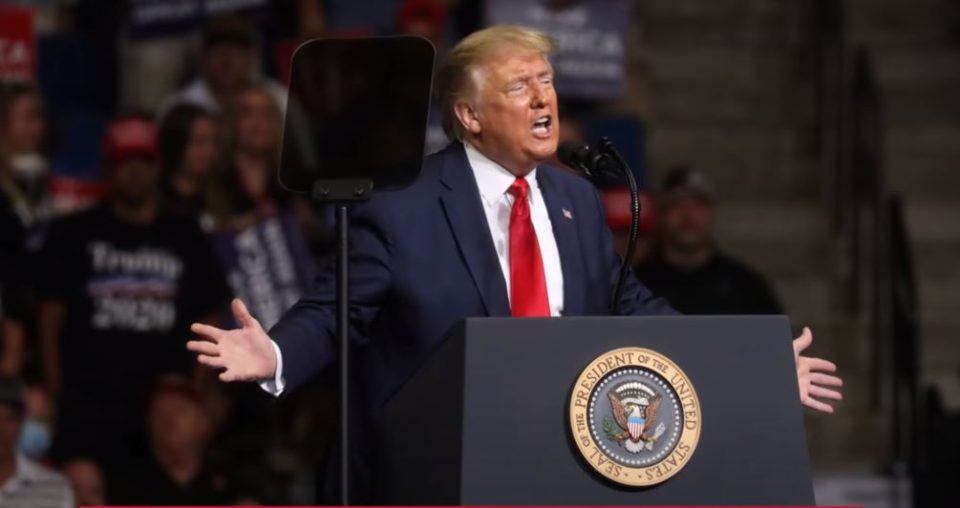 New York, Oct 29 (IANS) The administration of US President Donald Trump has announced plans to scrap the lottery for awarding H1-B professional visas and replacing it with a system that ranks applicants by the salaries they are offered.

Making the announcement on Wednesday, just six days before the November 3 presidential election, Acting DHS Deputy Secretary Ken Cuccinelli said: “With this proposed rule, the Trump administration is continuing to deliver on its promise to protect the American worker while strengthening the economy.”

“The current use of random selection to allocate H-1B visas makes it harder for businesses to plan their hiring, fails to leverage the H-1B program to truly compete for the world’s best and brightest, and hurts American workers by bringing in relatively lower-paid foreign labour at the expense of the American workforce,” he added.

If the Democratic Party candidate Joe Biden is elected, the policy may still remain because his manifesto says that he “will work with Congress to first reform temporary visas to establish a wage-based allocation process and establish enforcement mechanisms to ensure they are aligned with the labour market and not used to undermine wages”.

The H1-B visas have been suspended till the end of the year by Trump, who has cited the high unemployment level due to the Covid-19 pandemic that has ravaged the economy.

Explaining the new system, the DHS said it would prioritise applicants “based on corresponding wage levels in order to better protect the economic interests of US workers, while still allowing US employers to meet their personnel needs and remain globally competitive”.

The proposal was published in the Federal Register – the equivalent of the government gazette – and there is a 30 day window to file objections.

It will apply to applicants only when the next round of H1-B application registrations are accepted in March.

The US has so far been using a lottery system to randomly select the 85,000 people who would get the visas because of the high number of applicants – more than 200,000 this year.

Indians are the biggest beneficiaries of the H1-B visas getting about 75 per cent of them, according to the US government.

Employers sponsoring the H1-B applicants would have to offer to pay “a wage that is the higher of the actual wage level that it pays to all other individuals with similar experience and qualifications for the specific employment in question or the prevailing wage level for the occupational classification in the area of intended employment”, the draft rule in the Federal Register said.

It would also tighten the classification of the experience, skills and education needed for the jobs.

There have been cases of applicants with highly sought after skills and very high wages to match them having been rejected because of the random nature of the lottery system.

The rule change is likely to affect the so-called “bodyshops” which bring in people on H1-B visas and then place them on contract in other established companies.

Pop star Ananya Birla has alleged that a celebrity chef’s restaurant in California was “very racist” in throwing her and her family out, but the eatery has denied it saying that while there was a tense situation over IDs it was resolved and they were not made to leave. “This restaurant @ScopaRestaurant literally threw my family and I, out of their premises. So racist. So sad. You really need to treat your customers right. Very racist. This is not okay,” she tweeted on Saturday. The tweet received 617 likes by midnight Sunday. But Pablo Moix, a partner in the restaurant, denied that they were thrown out of the restaurant and said that they had stayed on to finish their meal. He told IANS that the situation arose when they were asked for their original IDs as required under state law to serve alcohol, which two people in the party had and the others only had copies of them. The situation escalated and then “de-escalated” and “they stayed and finished their meal, complimented both the waiter they had and the quality of the food”, Moix said. “I understand that everyone is on edge” these days, he said, adding: “It was an unfortunate situation.” Moix said that he wants them to visit the restaurant again. In another tweet, the singer-songwriter, who is the daughter of Indian billionaire industrialist Kumar Mangalam Birla, asserted that “we waited for three hours to eat at your restaurant”. Addressing celebrity chef Antonia Lofaso in the tweet, Ananya Birla said that one of her waiters, whom she named, “was extremely rude to my mother, bordering racist. This isn’t okay”. Full report on our website. Link in bio. #ananyabirla #scoparestaurant #racism