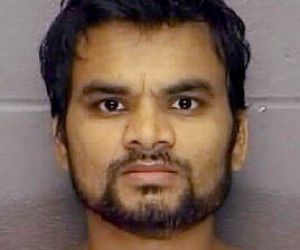 New York, Feb 13 (IANS) An Indian-American man in New Jersey has been convicted of sexually assaulting or attempting to assault five women.

Hiten Patel, 35, was arrested Aug 2, 2012, after investigators linked him to at least 10 sexual assaults.

Patel was acquitted Wednesday of sexually assaulting two of the victims, though he was found guilty of pulling an imitation firearm on one and attempting to rob the other, philly.com reported.

Prosecutors said one of the remaining eight victims could not be located, therefore, she was removed from the trial.

Two other cases connected to earlier attacks in 2011 were severed into a separate trial.

“This guilty verdict should serve as a reminder and deterrent of the grave consequences in store for individuals who seek to take advantage of vulnerable victims, especially women,” assistant prosecutor John Flammer was quoted as saying in a statement.

“Due to the brave women who came forward and faced their attacker, this defendant will now be unable to harm anyone else,” Flammer said.

Seven women testified during the two-week trial and many of them gave similar accounts of how Patel threatened them and sexually assaulted them at gunpoint.

Some of the women said Patel choked them during the attacks.

After his arrest, police seized from his van the firearm allegedly used in the crimes.

Investigators said the weapon turned out to be a toy handgun.

Patel, who took the stand Monday, testified that the majority of his victims were prostitutes.

He denied sexually assaulting or threatening any women with the toy gun.

Patel claimed he had paid the women for consensual sex. He, however, denied having any sexual contact with two of the victims.

Prosecutors agreed that some, though not all, of the victims were former prostitutes.

“He chose prostitutes because he believed they were unlikely to go to the police,” Flammer said.