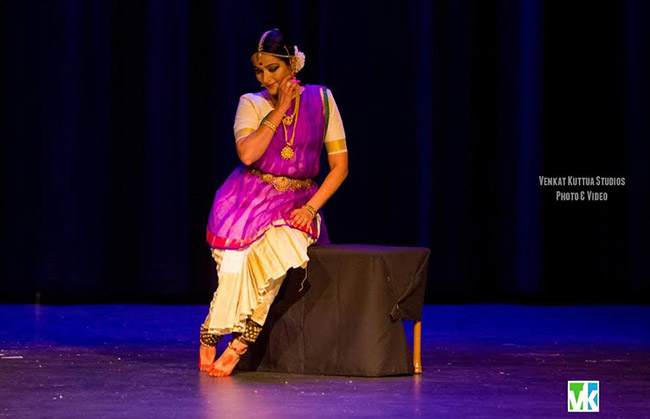 Atlanta, GA, June 9, 2016: ‘I am Sita’ – a unique presentation about Lord Rama’s wife Sita and four other female characters from the epic Ramayana was brought to Atlanta recently by Uma Palam Pulendran, founder of Natya-Dhaara. A Justus Repertory production, the performance was held at Mountain View High Theater in Lawrenceville.

A blend of dance, music, poetry and the spoken word, Aham Sita framed five crucial moments in the life of this epic woman. As Sita tells her story, we also hear voices of other women from the Ramayana- Urmila, Ahalya and Mandodari, counterpointing Sita’s saga. 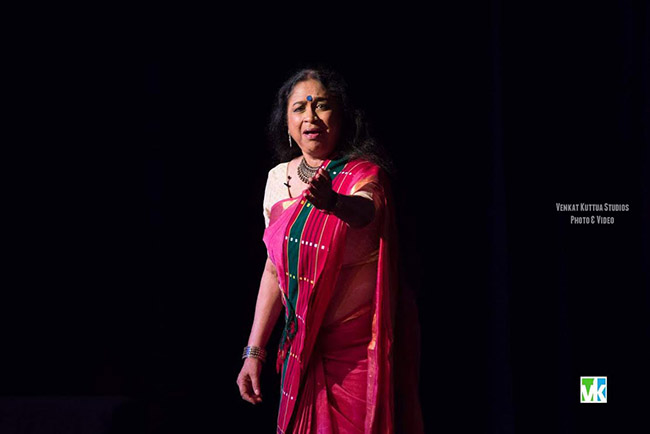 Sita, a powerful metaphor in Indian culture, is revered as the perfect wife, steadfastly faithful to her husband Rama, the prince of Ayodhya. But when her husband Rama doubts her virtue, while accepting his twin sons Lav and Khush, Sita cries out, “My heart never left you when Ravana abducted me. Now tell me, is Sita the body or is Sita the mind?”

The next part of the narrative was about Sita’s sister Urmila (the wife of Rama’s brother Lakshmana), who was left behind in the palace for 14 years when Lakshmana followed his brother Lord Rama to exile. Urmila’s story of abandonment comes off as one of the best moments of the presentation.

Another avatar –Ahalya who is cursed to become a rock in the forest, was presented in Tulsidasa’s soft and melodious Avadhi expressions. She was depicted as waiting to be brushed by Lord Rama’s foot in order to turn back into human form.

In the next narration about Ravana’s sister Shurpanakha, she asks, “Why am I always described as ‘Shurpanakha’, an ugly princess of Lanka, whereas my actual name is Meenakshi? Why did the so-called Aryans prefer pale and skinny girls as their wives? And why does Sita still keep haunting me in spite of what my brother Ravana did to her?”

The last avatar, Mandodari, wife of Ravana (the King of Lanka who kidnaps Lord Rama’s wife Sita) is constantly questioning her husband: Why did you vanquish the wife of others? She repeatedly asks Ravana to return Sita back to Lord Rama.

As the narrator is presenting each of these female characters, Sita subtly unfolds her feelings and declares that she will not be humiliated once again, when Lord Rama asks her to prove her fidelity in an open court by passing through the ‘Agni-Pariksha’.

Playwright and theatre director Gowri Ramnarayan reprises her multi-form, multi-disciplinary multilingual formula with original music, new and old verses and a fresh script that locates Sita in decisive scenes from the Ramayana. She looks to the classics and contemporary poets to discover what makes the magic of Sita work; why does she continue to capture the collective imagination of a civilization?

Vidhya Subramanian, Bharatnatyam artiste and choreographer, essays Sita, with color and grace. Abhinaya from the Bharatanatyam lexis and English dialogues combine in the visualization of Sita as a proud woman capable of holding her own in the face of adversity. The dance portions provide energy and sensual elements necessary for the idiom while the dialogues emphasize the resolute spirit of the princess of Mithila.