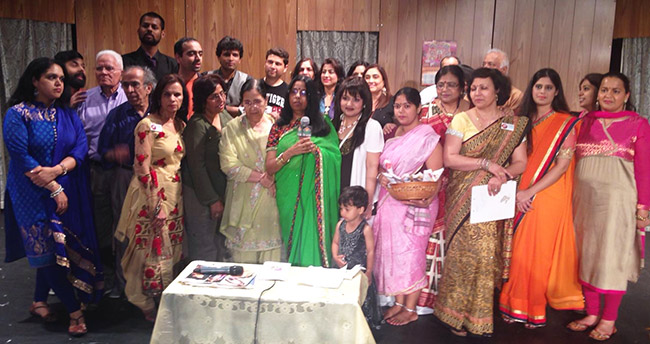 Atlanta, GA: Theatre, like poetry and dance; is an art of expressing. It gives the freedom to be a social x-ray of society. Dhoop Chaoon is a unique Hindi Theatre group in Atlanta, which not only promotes Hindi language but also gives any and everyone a stage to perform and show their talent. With a team of 60-70 members, this group has been presenting an annual entertainment show since 2007, along with few others including Natkhat Rangshala, which is a theatre group for children.

On April 30, Dhoop Chaoon presented another successful show with 60 members. The show was opened by Gillian Wilson. The MCs of the show were Vikas Rattan Goyal and Kamlesh Chugh. The show consisted of three major presentations, including a comedy play, a Bollywood dance ensemble, and a group of several short skits.

The show started with the hilarious comedy play, Gaj Foot Inch. The story is a flashback of a married couple, how their marriage was arranged by their parents, their meetings in the park, and how they got along on the same page. Along with the tickling story by K.P Saxena, the actors’ performance was very much appreciated. The acting talents included Naveen Tyagi, Vijay Tandon, Rita Kapahi, Satish Dharmarajan, Shilpa Gautam, Shiwali Daryapurkar and Syed Hafeez. 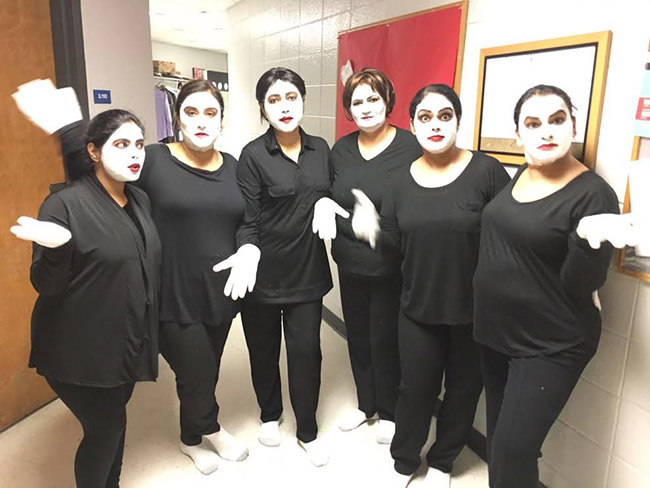 The show continued with Hum Kal Aaj aur Kal. This was a series of Bollywood dances. The theme was to show how our clothes, songs, etc. have changed over time; but our society still stays where it was years ago. Dance director, Rahim Hussain, did a good job in the choreography of six dances, each from a different era. The dancers were Neetu Sharma, Gopendra Sharma, Varsha Gupta, Aadersh Gupta, Syed Hafeez, Shree Vora, Rozina Gillani, Rahim Hussain, Tarana Malik, Vikas Jain and Nidhi Pipal.

After this came the presentation of a group of experiences narrated by a bench, in the form of different colors of the rainbow: This included several skits. It narrates how different kinds of people came and sat on it and how its journey has been. One by one, it takes audience to different scenarios with different places and people. The first one was thoughts of Kuch Anutarit Prashna (Some unanswerable questions). Founder/director Sandhya Saxena Bhagat spoke her mind about questions of life that do not have answers. 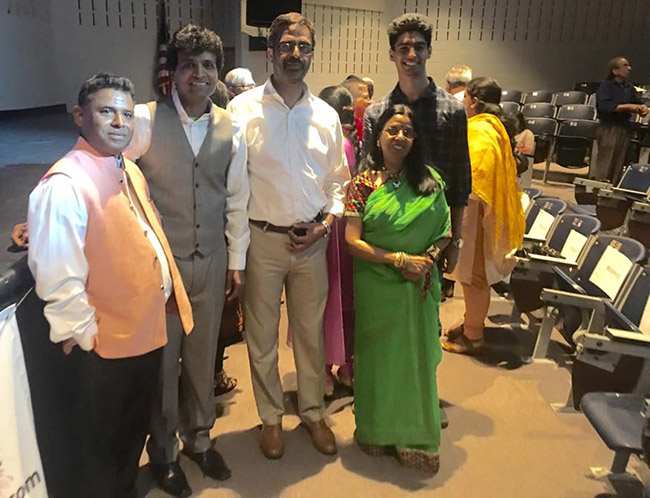 Following this was Sikke Ka Doosra Pehlu (The other side of the coin): The story shows how a poor kid gets mistaken by the people, who usually think that poor kids are all thieves. The actors were: Anuj Jain, Paresh Jain, and Ahmad Batti. The next color in the rainbow was Sadak Kiske Baap Ki? (Who owns the road?): This was a mime act which was about how a family keeps their house clean but not its surroundings and how they were taught a lesson. Artists included: Shree Vora, Rozina Gillani, Tehseen Khan, Neetu Sharma, Varsha Gupta, and Nidhi Pipal. Then came the thoughts expressed by Main Sasikala Bajirao Godbole (I, Sasikala Bajirao Godbole) : The story of an aspiring but unsuccessful actress, whose life was changed with a visit from the soul of her departed mom. The artists were RenuThapiyal and Veena Katdare. Then came Chor-Chor Mausere Bhai (Birds of the same feather flock together): This is a story of two thieves who are good friends, but how their friendship was broken because of a mere shorts. The actors were Anuj Jain and Paresh Jain. Last, but not the least was, Ye Aurtein Bhi Kya Bala Hain?: This short play was a satirical take on superficial relationships. Five women’s meeting on a funeral ended with a selfie in pose. Actors included Meenakshi Mehta, Shalini Kumar, Veena  Katdare, Shree Vora, Manjeet Bedi, Gurupdesh Bedi.

The organizers thanked Sandeep Savla for the sound system and Edward Gibson for his help.

The show was graced by the presence of Consul D.V. Singh, Consul Srinivasan Rangachari and his wife Anagha Srinivasan, and Subash and Raj Razdan.

The program was an exemplary success because of the generous donations from Kartikay Bhagat, Shamim Dalwai, Dr Naazeen Dalwai, Patel Brothers, Jeetan Singh and the 27th Group.