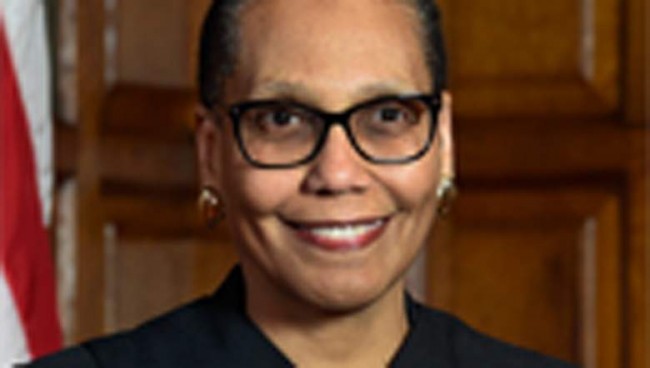 The body of Judge Abdus-Salaam, 65, was discovered floating fully clothed on the Manhattan side of the river by the Henry Hudson Parkway — just a mile from her central Harlem home — on Wednesday afternoon, officials said.

She was taken to a pier on the Hudson River and was pronounced dead by paramedics, New York Daily News reported.

The police were investigating how she ended up in the river, and it was not clear how long Judge Abdus-Salaam, who lived nearby in Harlem, had been missing.

There were no signs of trauma on her body, the police said. She was fully clothed.

A law enforcement official said investigators had found no signs of criminality. Her husband identified the body.

Since 2013, Judge Abdus-Salaam had been one of seven judges on the State Court of Appeals, reported The New York Times.

She was previously a lawyer in the city’s Law Department.

Governor Andrew M. Cuomo said in a statement on Wednesday that Judge Abdus-Salaam was a pioneer with an “unshakable moral compass”.

“Justice Sheila Abdus-Salaam was a trailblazing jurist whose life in public service was in pursuit of a more fair and more just New York for all.”

He added: “As the first African-American woman to be appointed to the state’s Court of Appeals, she was a pioneer. Through her writings, her wisdom and her unshakable moral compass, she was a force for good whose legacy will be felt for years to come.”

“Her personal warmth, uncompromising sense of fairness and bright legal mind were an inspiration to all of us who had the good fortune to know her,” she said.