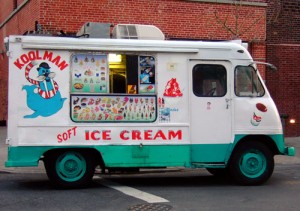 Jasvir Singh, 45, was found fatally wounded by the residents of east Oakland’s Peach Street, after they heard gunshots around 4.30 p.m. on Saturday, San Jose Mercury News reported on Sunday.

Police have announced up to $10,000 in reward money for information leading to the arrest of the killer.

“I don’t understand why someone would murder our ice cream man,” said Paula, a nearby resident, who ran to Singh’s van after the shooting.

“I heard five shots and came to my front door,” she recalled. Certain that the gunman had fled, Paula ran out to the van and found Singh slumped against the door.

“I couldn’t open it, but the police came really quick,” she said.

“I just feel really bad; he was doing his job, and now he’s gone,” she added, refusing to provide a last name.

Police were told that Singh immigrated to the US 17 years ago, was unmarried and had a 13-year-old daughter. He was a resident of Marysville, but also lived in the East Bay area.

On Sunday, there was a single memorial candle on the sidewalk where Paula said Singh crashed his van into a parked car during the shooting.