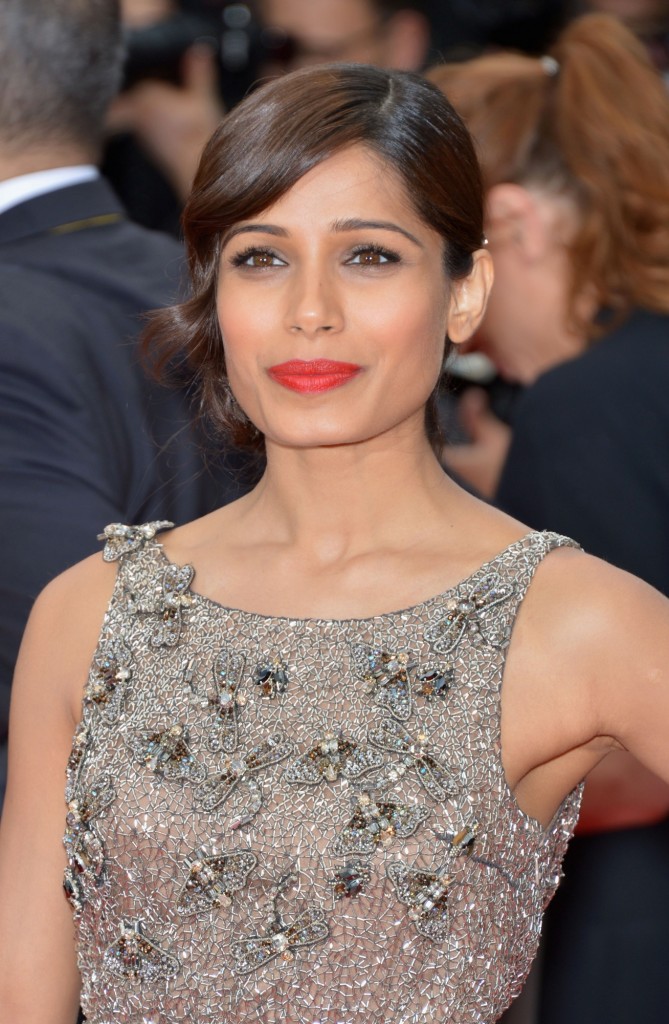 Indian fashion designer Sanchita Ajjampur believes she took a “risk” with an “unconventional” ensemble – a “gild web gown” for actress Freida Pinto at the 66th Cannes International Film Festival. The hard work, she says, paid off.

Freida wore the designer’s custom-made creation for the premiere of “Jeune & Jolie” Thursday.

“Both Freida and I took a huge risk with this unconventional outfit for her red carpet appearance. Freida wears clothes from my label quite often, but this year we resolved to do something big at an international scale. It was a lot of hard work, but it has definitely paid off,” Ajjampur said in a statement.

The designer wanted to make a piece that stood out in the crowd — “something classic but with a twist”.

Describing the creation, she said: “The concept was that of a gild web holding the entire dress together with embellished dragon flies trapped in it. Dragon-fly hair accessories finished the look creating a dramatic, surreal and fantasy-like appeal.”

The designer started designing for Freida around three years ago, and finds the “Slumdog Millionaire” actress as one of the best dressed woman.

Freida is at the Cannes fiesta as the ambassador of a leading global beauty brand.