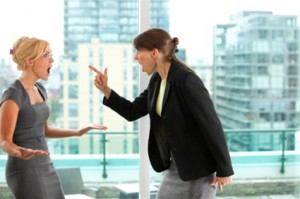 Washington, Dec 20 (IANS) Bullying isn’t restricted to youngsters. A study shows that it is a trend that can make life miserable for academics too.

Bullying can happen anywhere, to anyone, and a Rutgers-Camden nursing scholar has shed light on how it is becoming increasingly common in academia.

“What worries me is the impact that bullying is having on the ability to recruit and retain quality educators,” says Janice Beitz, a professor at the Rutgers School of Nursing-Camden. “It has become a disturbing trend.”

Beitz is the co-author of “Social Bullying in Nursing Academia”, an article published in the September/October 2013 edition of Nurse Educator that draws upon interviews of 16 nursing professors who were the victims of social bullying in an academic nursing workplace.

“We don’t know how widespread this is, but it exists,” says Beitz, who said she too was bullied in her career. “Not many people look at bullying in the academic environment. We wanted to raise awareness of it.”

In the study, Beitz notes that among the most common cases of bullying, academic administrators are targeting faculty, but in some cases, faculty are bullying other faculty members or their administrative superiors, reports Science Daily.

“The bully can make life miserable for the target,” she explained.

“That’s because in an administrative role, a bully has the power to make decisions about the target. Part of it is the unique nature of higher education.”

“The tenure process is different than any other environment. Administrators in academia have power over colleagues, and sometimes that power causes them to bully their subordinates,” she said.