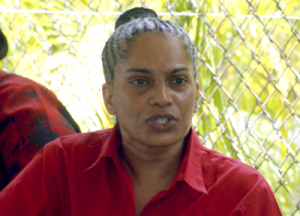 Washington, Dec 20 (IANS) A woman from Trinidad and Tobago was sentenced to 20 years in prison for her role in the kidnapping of an Indian-origin man in the US, who later died.
US District Judge Emmet G. Sullivan of Columbia district Thursday sentenced Doreen Alexander, 47, for her role in kidnapping her former boyfriend Balram ‘Balo’ Maharaj in 2005, the Federal Bureau of Investigation (FBI) said in a statement .
Judge Sullivan also sentenced Alexander to serve five years of supervised release.


Alexander pleaded guilty to conspiracy of taking someone hostage that resulted in death.
The other 12 co-conspirators were previously extradited and prosecuted by the US Attorney’s Office for the District of Columbia.
According to court documents, Alexander provided information about Maharaj’s visits to Trinidad and Tobago to the kidnapper and also assisted the kidnappers to identify, locate and track him.
Maharaj died while being held hostage by the kidnappers. He was a naturalised US citizen.
previous post