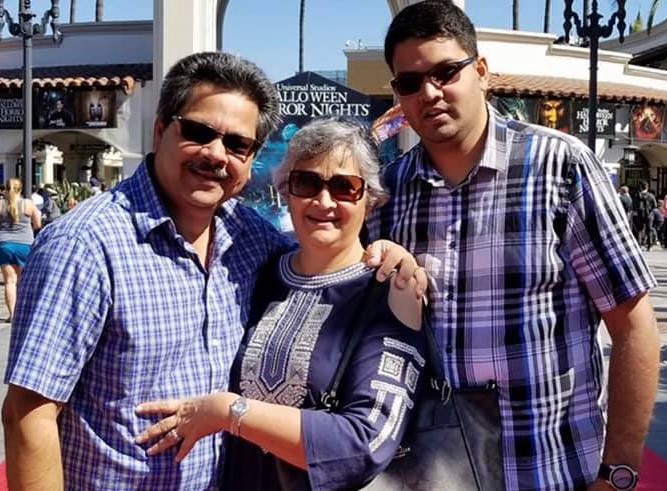 Atlanta, GA, June 26, 2019: A 32-year old Indian-American man with intellectual disability was shot and killed by an off-duty police officer after an alleged argument inside a Costco in Los Angeles on June 14, 2019.

Kenneth French, a 32-year-old non-verbal man with learning disability, was shopping with his parents at a Costco in Corona, when an encounter with an off-duty LAPD officer, Salvador Sanchez, ultimately left French and his parents shot. French died on the scene. His parents, Paola and Russell, are in critical condition at a local hospital.

According to an online petition created to get justice for the family, French was a “gentle giant” – not known to have violent tendencies.

“Store security footage appears to show French’s father attempting to get between French and Sanchez after his son made physical contact with Sanchez to explain that it was a misunderstanding and that he was disabled. Sanchez claims he was knocked unconscious by French, even though after the incident he was only found to have minor injuries,” the petition says.

“Currently, the LAPD is carrying out both an internal and criminal investigation into what happened that day at Costco, though they have chosen to neither arrest nor suspend Sanchez.”

The petition is demanding justice for French and his family by calling on the LAPD to fire and arrest Sanchez and to carry out a full criminal investigation.

“French did not deserve to die and his killer should not be able to avoid the consequences just because he’s a cop,” the petition says.

According to the Corona Police Department, police officers were sent to Costco Wholesale located at 480 N. McKinley Street, Corona regarding a shooting inside the business.

“Investigation has confirmed an off-duty Los Angeles Police Department Officer was shopping at Costco with his family,” the police statement said. “Without provocation, a male unknown to the officer’s family assaulted the officer while the officer was holding his young child. This attack resulted in the officer firing his weapon, striking the male and two of the male’s family members. The family members are being treated at local hospitals and are in critical condition. The off duty officer was transported to a local hospital, where he was treated and released. The off duty officer’s child was not injured during this incident.”

“The officer’s gun was the only weapon involved in the incident, contrary to earlier reports. As is standard procedure in such investigations, the Corona Police Department is working closely with the Riverside County District Attorney’s Office who will be evaluating the facts and circumstances of this incident,” the report added.

A Facebook post by French’s cousin Jac Shureih says the family is still waiting for answers: “It is unfathomable that this would happen to any family, then to find out it is your family is beyond comprehension. There is no way a slap can justify shooting 6-8 shots at an unarmed family killing one and putting the other two in critical condition fighting for their lives. We are demanding answers! We are demanding the tape! We still have faith that the City of Corona Police Department and Costco will do the right thing,” the post says.