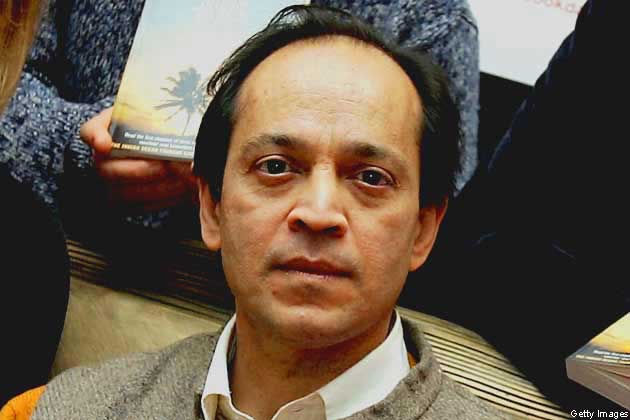 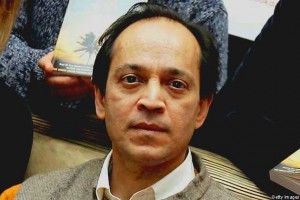 New Delhi, Dec 20 (IANS) Writers don’t need to talk on every subject but they must not keep quiet if they witness injustice, says celebrated author-writer Vikram Seth, speaking out on the recent Supreme Court ruling that he says “has pushed us backwards, and now you will be a criminal if you are open about it (being gay)”.

The Kolkata-born Seth is otherwise very low key, stays away from the twitterati clan. Some see him as a happy recluse. But when it matters, the 61-year-old speaks without fear on issues he passionately believes in. That is what writers should do, says the Padma Shri recipient.

“A writer has a responsibility as a citizen. But a writer should speak about things he or she is interested in and not talk about everything,” Seth told IANS in an interview here.

“Eventually, life is not about having a voice heard about everything. You take things in, but you necessarily don’t have an opinion on everything.

“At the same time, one should not be completely disengaged when great injustice is done, say something like (the 1992) Babri Masjid (razing).

“At such times, not saying anything and keeping quite is also not good,” said the son of former Supreme Court chief justice Leila Seth.

Seth, who has also received Pravasi Bharatiya Samman and WH Smith Literary award, is not known for giving too many interviews. But a publishing deal he has signed with Aleph Books for his much-awaited “A Suitable Girl”, a sequel to the 1993 “A Suitable Boy”, drew him out.

He has been very vocal on the Supreme Court ruling upholding section 377 of the Indian Penal Code that makes gay sex a crime.

“This ruling has pushed us backwards, and now you will be a criminal if you are open about it.

“Look into our history before you say this is Indian or not Indian,” in response to criticism that gay sex was un-Indian. “These people who claim to be Indian are most un-Indian.

“They don’t have the Indian virtues of tolerance, they don’t look at the Indian source of scriptures,” he said.

These days, however, what excites him most is the sequel.

Aleph will publish the book in India. Weidenfeld and Nicolson, an imprint of British publisher Orion, has secured the global publishing rights.

“I would rather not publish than publish a substandard book strictly on time,” said Seth, who was otherwise at his wittiest best in the interview.

Before this deal, the sequel was treading rough waters when its previous publishers Hamish Hamilton, an imprint of Penguin, asked Seth to return a $1.7 million advance for failing to deliver the manuscript on time.

The sequel was to hit the market this year, coinciding with the 20th anniversary of “A Suitable Boy”. Now it will be published in the autumn of 2016.

It will be the story of Lata Mehra, protagonist of “A Suitable Boy” who is now a grandmother and is searching for a suitable girl for her grandson.

Not yet ready to share the lives of its characters, Seth thinks they need privacy. “They don’t want to reveal themselves.”

The versatile writer has surprised everyone with the choices he made. He went from Oxford to Stanford to do a doctorate in economics but got interested in Mandarin. He mastered it within a year. He has studied several languages including Welsh, German and French. Even his canvas of writing poems and novels isn’t restricted to a genre.

From writing a novel in verse “The Golden Gate” to travel book “From Heaven Lake”, then to memoir “Two Lives” to poetry “Mappings” — the five-feet two inches tall man has it all in his profile.

“What is worse when you try something new?” asked Seth. “You will fail. I am not afraid of failing.

“But I don’t do it in order to be different. I do it because I am inspired to do something.”