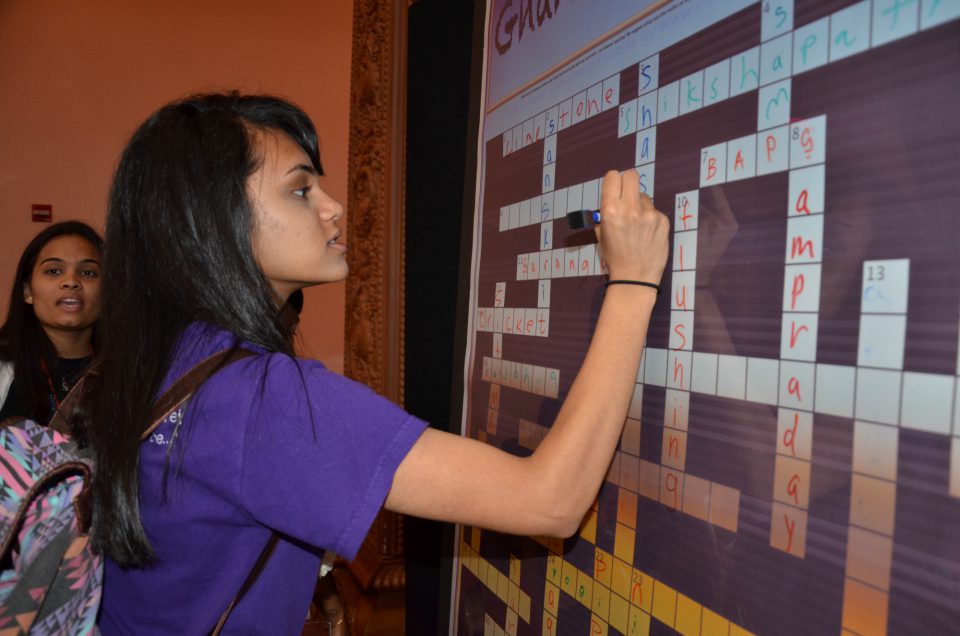 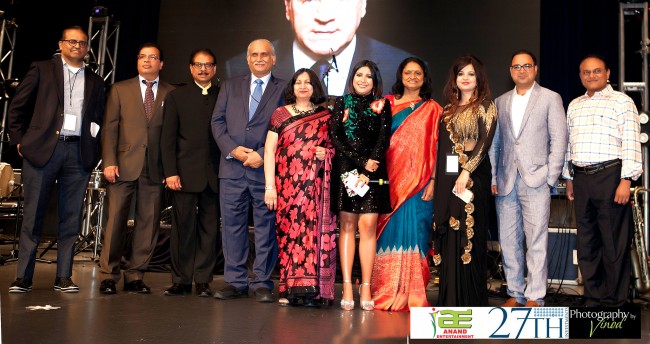 Atlanta, GA, August 6, 2018: A Shaan-daar evening dedicated to love and opioid awareness beckoned music lovers across the southeast to Georgia World Congress Center on Saturday July 14, 2018. Organized by Anand Entertainment and sponsored by American Pain Association (APA), and Georgia American Physicians of Indian origin (GAPI), 27th Investments and AEON, Global health, the concert was part of the Opioid awareness campaign initiated in collaboration with The American Association of Physicians of Indian origin (AAPI). The cause found its perfect representative through the ‘Voice of Paradise’, Shaan.

Shaan’s mellifluous voice complimented by the euphonious vocals of Arpita Mukherjee, and the energetic youngster Ishaan Tangirala, had his fans swooning to melodies celebrating love that bonds relationships, between a mother and her child in Maa from TZP, siblings in Phoonlonka Taaronka, friends- a medley of Yaaro Dosti, yeh dosti, Dil Chahta Hain, first love in Pehli baar, or the motherland one hails from.

Mukherjee, a playback singer has also been the winner of television singing reality show in Zee TV’s Sa Re Ga Ma Pa: Golden Voice Hunt 2003. Ishaan Tangirala was a Voice Kids India contestant from New Jersey in 2017. Neetu Singh of Texas kicked off the evening with the haunting Ajeeb dastan hain ye.

The concert was hosted by the vivacious CNN journalist, Henna Bakshi. 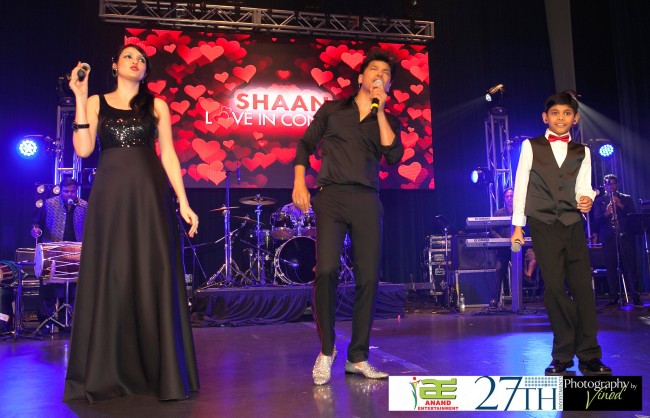 Making his grand entry with the ever-popular title track of the movie Don, Shaan went on to add his own personal touch, tweaking the line with Mujko Pehachaanlo, Main hoon Shaan.  Blooms of memorable melodies including Char kadam from PK, Kuch na kaho from 1942 – A Love Story and Tumko paya hai from Om Shanti Om embellished the musical night with spirited moves and synchronized notes by accompanying musicians and dancers.

Dedicating the popular number from Fanaa, Chaand Sifarish to Bhavana Vishal Anand, Shaan, in his own sweet way made sure the audience was very much part of his show. As fans grooved to their favorite picks including Tujhe Dekha Toh, Gherua, children called on stage had the chance to pose with the star of the night.

His rendering of All of me, a John Legend original, enraptured the audience as he embarked upon an emotional journey to perform his father, late music director Manas Mukherjee’s composition, Khushboo hu mein from the movie Shayad. Shaan’s patriotic medley including Vandemataram, Bharat desh hai mera, E mere watan ke logo, and Suno gaur se duniya walo was riveting and rousing.

The opioid epidemic sweeping the nation, as per a report by National Institute of Drug Abuse claims 115 lives in the US every day.

“As AAPI President, it is my national agenda to spread awareness. Last year we lost 55 to 60,000 people to the opioid epidemic. Our goal is to create community awareness among families, friends, children, spouses to identify and dragonize the problem. We plan to carry this message all through the year.” Said Dr. Naresh Parikh. Dr. Naresh Parikh recently assumed charge as President of the AAPI during the historic 36th annual convention at the Greater Columbus Convention Hall in July 2018.

“Our nation is facing a very serious crisis. You have to keep in mind that it could happen to anybody. As Indian Americans, our kids are more prone to this epidemic since we are an affluent community. You have to keep a close watch” alerted Dr. Sanjay Gupta. Dr. Gupta, director of APA played an instrumental role in recognizing the need for awareness.

Dr. Asha Parikh, Board of trustees, GAPI, emphasized the importance of healthcare workers and community leaders to work together to educate people about the dangers of chronic opioid use, and to facilitate treatments of addicts and drug victims.

Thanking everyone, Vishal and Bhavana Anand announced their next venture with Time Starz Entertainment featuring the maestro, A. R. Rahman with Udit Narayan, Neeti Mohan, Mano, Javed Ali, Haricharan, and many others on August 25, 2018 at the Infinite Energy Center. 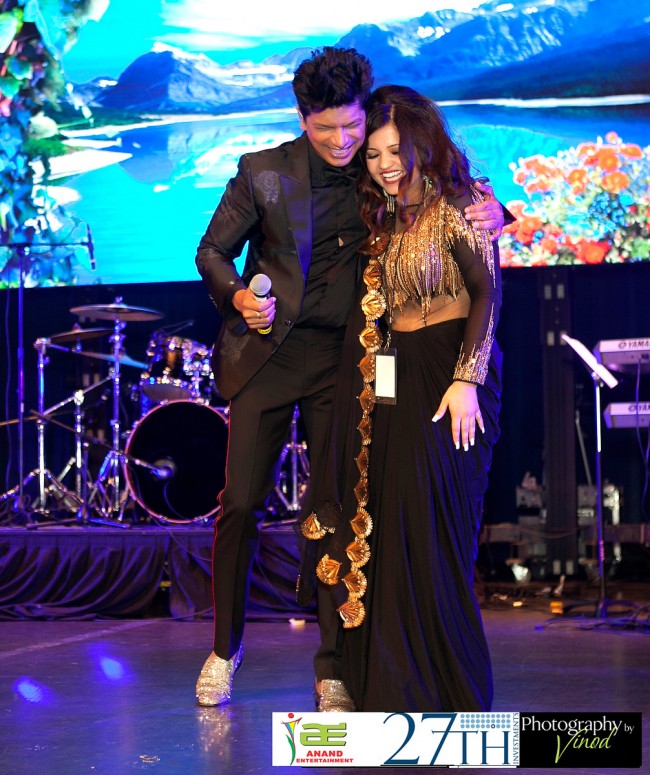 Anand Entertainment was started by Bhavana Anand, and Vishal Anand to promote Indian dance & culture inUnited States. Vishal Anand is a successful businessman, and has interest in multiple ventures. Last year they brought famous Bollywood choreographer Geeta Kapoor to judge the dance fever 2017. After that they brought popular dancer Dharmesh Yelande for a three day dance workshop. Both events were sold out and became a huge success. Shaan’s love-in-concert is their third event. Kudos to Bhavna Anand, the managing director for all her hard work in bringing these stars to Atlanta.

The lines, behti hawa sa truly befit the hearty and harmonious singer and person, Shaan is. The ever-smiling, ever-charming voice of Shaan, Love In Concert was the perfect show to spread the breeze of awareness.