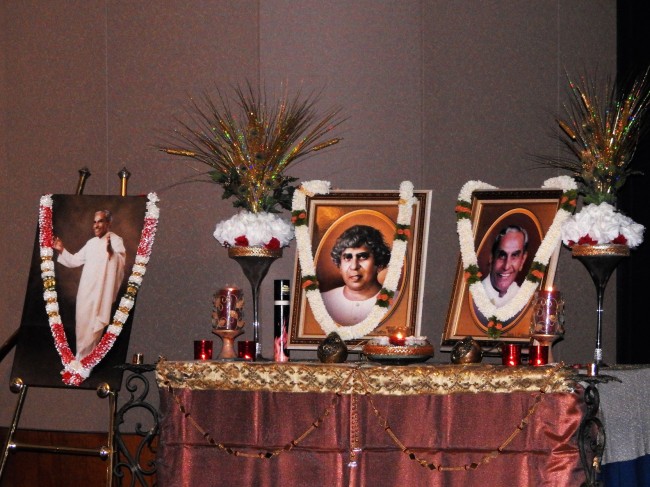 Atlanta, GA, August 6, 2018: The Sadhu Vaswani Center in Atlanta, Georgiapaid a bittersweet tribute to honor the life and times of Sadhu J. P. Vaswani, who passed away just days short of his centenary, on July 15, 2018. The event, held at the Chapel Hall in Carter Center, and orchestrated by Geeta Mehrotra, co-chaired by Neera Bahl and a team of dedicated volunteer devotees, was originally intended to celebrate a milestone birthday. With the passing of Dada Vaswani, as he was fondly referred to, the volunteers celebrated 100 years of his dedication to humanity with the theme, ‘Be Love, Live Love’.

“We envisioned a joyous birthday celebration for our beloved Dada. From the seen to the unseen, ever-loving, ever-giving, may he continue to bless us from the beyond,” said anchors Priya Sahetiya and Anjali Nagrani. The event began with the garlanding of Dada’s photograph by Geeta Mehrotra, Neera Bahl and Asha Advani.

Chief guest, R. K. Sehgal and Surishtha Sehgal lighted the candle. R.K. Sehgal is a former Commissioner of Georgia and has also traveled with President Clinton to Jordan and Israel for the signing of a peace agreement.

Ram Shahani read birthday wishes sent to Dada by President Jimmy Carter and Governor Nathan Deal. Gov. Deal commended the Vaswani center for the many ways they serve the community locally and abroad.

The Carter Center reverberated with melodies of a mystical strain rendered by the soulful vocals of Tanveer Mian, with playback singer Geetu, Ashwin Seshadri playing the keyboard and Anjaneya Sastry on the Tabla. Neera Bahl paid her heartfelt tribute singing and playing the Harmonium.

“Dada was like a light that shone on everyone around him. Dada’s lessons of compassion, love show me the importance of solidarity to support one another,” said Meeta Nama, who worked on several projects at the Pune mission as a young adult.

“It’s all about love and compassion,” said another follower Nikhil Howlett, whose life was personally influenced by Dada’s teaching early on. “Religion, let’s talk of it less and practice more,” he quoted Dada.

A medley dance presentation choreographed by Shilpa Jadwani, in sync with the theme of mission, featuring dancers with lamps beguiled the audience. 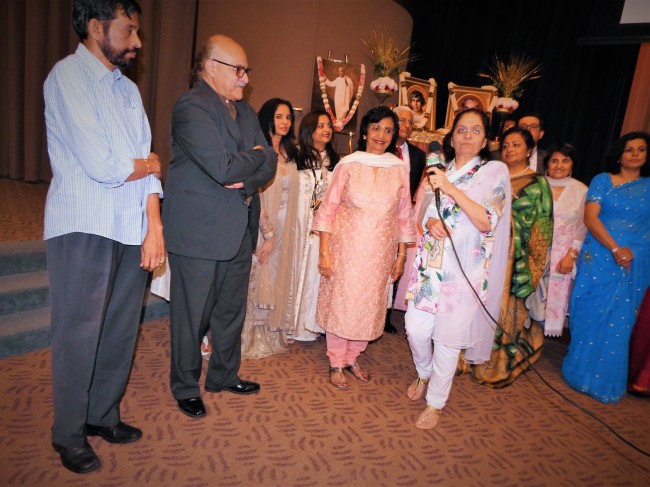 “We are all bulbs. We just need some electricity,” said Madhu Washy Nainani quoting Dada Vaswani. “Do the maximum pledge of forgiveness,” he urged the audience. The pledge is a birthday gift to Dada performed every August 2nd to celebrate his birthday. A moment of calm for two minutes at 2 pm local time is maintained, with followers around the world pausing to pray, forgive and seek forgiveness.

Geeta Mehrotra, who had visited the Pune mission in March on an unplanned visit, said Dada had prepared her for the day. She quoted Dada’s message during her visit – “The highest seed you can sow in the field of life is naam, the divine name. She went to share his teachings that leads humanity from competition, to contribution to making everything an offering to God.”

A truly bittersweet moment of the event, when Priya Advani read a warm birthday message from Dada, even as Suraj Amarnani read condolence messages from Indian PM Narender Modi and the President of India, Ram Nath Kovind. Both dignitaries lauded Dada’s contribution, service and principle of simple living and high thinking.

Priya Adavni went on to read Dada’s message, an answer to the eternal question of why we are on this earth. Dada’s answer, she said was everyone was on earth to be refined, to be new, to get polished so we can see that we are in fact images of God.

Following a video presentation featuring highlights of 2017 with Dada, Roma Punwani, in her vote of thanks extended gratitude to Carter center, R. K. Sehgal, the performers, emcees, Neera Bahl, volunteers, sponsors, donors, NRI Pulse, Khabar, Atlanta Dunia, TV Asia, WowNow, India Tribune and Tracy Marshall for photography. A souvenir released on the occasion under the leadership of Suraj Amarnani and his team was handed to the audience. 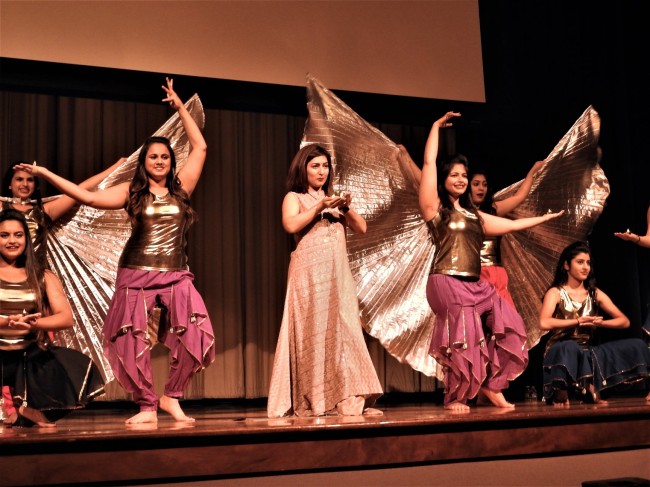 The modern-day saint who once stood at the threshold of a brilliant future, gave up the enticement to all things material and chose the path of spirituality. Truly leading by example, Dada J.P. Vaswani has left behind a rich legacy of spiritual and humanitarian contributions.

To love and be loved, to give and to forgive, to serve with a smile, to accept tears and cheers in equal measure, to seek nothing but the divine, to spread nothing but peace, now that’s a Golden imprint etched forever in humanitarian history.