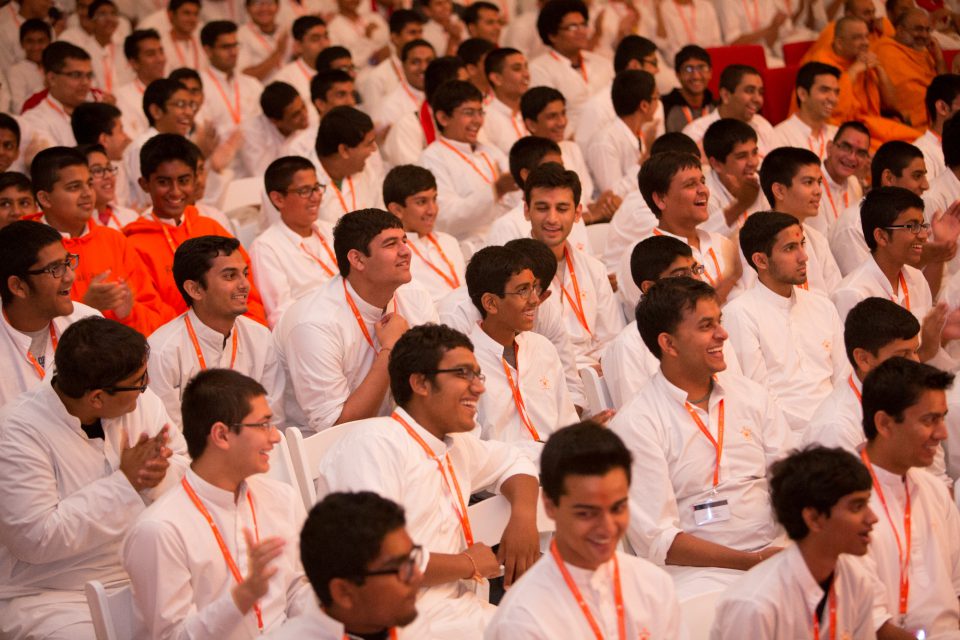 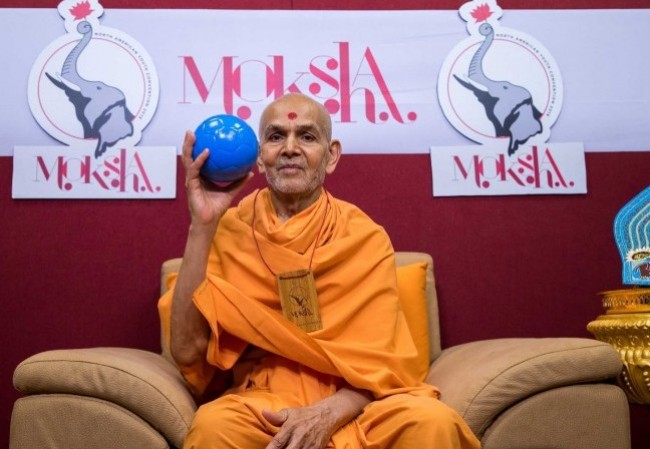 Atlanta, GA, August 6, 2018: Adults play many roles and make countless decisions throughout the day; they go to work and maintain their health while dealing with ever-changing circumstances and uncertainties. They pay their bills and taxes all while honoring social commitments and serving in their communities. Adulthood is complex and rarely perfect, as most know firsthand; and in reflection, it poses an interesting question: What does it take to shape generations of young people into thriving members of society, both now and in the future?

Over the last five years, the youth of BAPS Swaminarayan Sanstha surveyed children for personal perspectives to better understand difficulties in decision-making. Guided by this data, the theme of the 2018 North American Youth Convention was developed as “Moksha”, which translates into ‘ultimate liberation.’

The concept of Moksha can seem irrelevant to youths, given the notion of invincibility associated with being young. However, the idea was presented throughout the convention in a practical and contemporary manner wherein programming focused on the importance of purpose, sincere effort, perseverance, prayer and introspection as core components of character. The convention was a journey spanning several days, leading youth on a path of knowledge that illuminated the relevance of spirituality in everyday life and the role of spirituality in defining a higher purpose.

Over 10,000 children and youth between the ages of 8 to 22 were split into three groups and participated in three-day programs from July 1 to 10 at the Hyatt Regency Hotel in downtown Atlanta, Georgia. The 10-day event, unprecedented in the history of Hindus in North America was built around Moksha as life’s greatest pursuit that generates unwavering happiness to be experienced here and now. This broad theme led to a social conversation around “Moksha Now”, a theme that carried throughout the convention. The delegates learned that the means to achieve Moksha could also allow them to enjoy the world, especially when every task and activity undertaken focuses on keeping God and the Guru in mind. The comprehensive concept of Moksha was taught by explaining the efforts and context of Dharma (roles and responsibilities), Artha (worldly pursuits), and Kaam (desires).

Speeches and presentations by senior swamis from India, Sadguru Pujya Ishwarcharandas Swami and Pujya Anandswarupdas Swami, as well as many others from across North America, simplified how to make Moksha-centered decisions in everyday living. They explained that living life with the goal to attain moksha leads to an elevated experience of daily interactions and an unfailingly optimistic perspective of life and the world around us.

Delegates experienced a grand multi-faceted stage program where the life and challenges of several characters were portrayed creatively and practically as they navigated everyday scenarios that brought out dilemmas of desires versus values. Instead of looking for instant gratification, the young adults were asked to contemplate various perspectives that could lead to a higher way of life.

The convention taught children and youth that making good choices lies in a balance between confidence and humility.  Attendees took home a message of how to be less concerned about what others think of them, and more concerned about what they think of themselves. Sejal Maisuria, a volunteer from Scarborough, Canada, commented, “Coming to conventions like this, it broadens your horizons; you see so many people having dealt with so many issues such as peer pressure, that it gives our delegates the tools and the know-how to deal with the same situations when they go home.”

The convention helped nurture the virtues and positive character building traits that help youth build a healthy identity anchored in deep roots. North American Youth Conventions continue to be a pillar for BAPS North America’s youth activities as they address the critical and relevant challenges faced by Hindu-Americans on a daily basis. Remarking on his experience at the convention, Mr. Vivek Sharma, CEO and Founder of Generation Live said, “It’s a lived experience that we’ve all shared together, and the sheer effort, the teamwork, and the good will; you can’t help but just get wrapped up into that.  To be part of that, I really am honored and proud.”