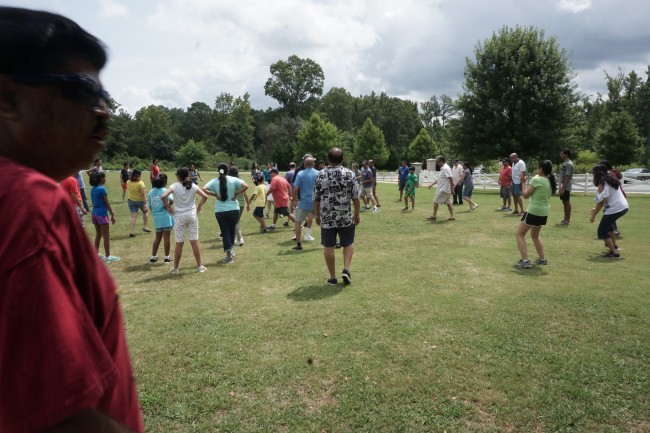 Atlanta, GA, October 11, 2018: Splashes of kids’ laughter, generous dollops of fun games for all ages, stir with catching up in a leisurely setting, a dash of treating guests like they’re your own, more than a hint of the warmth of good company and old friendships. Shake it all up, garnish with tasty casual fare at regular intervals, and there you have it: a perfect recipe for a summer group picnic.

Proceedings began at 11 AM and the early comers, apart from the diligent organizing committee – were rewarded with fruit and snacks. As the shelter began to fill slowly, it was time to step out onto the grass for games, which involved members of all ages. They included Dodge Ball, and Lunch Game – both appropriate, working up an appetite, and harping on the theme respectively, leading to lunch. 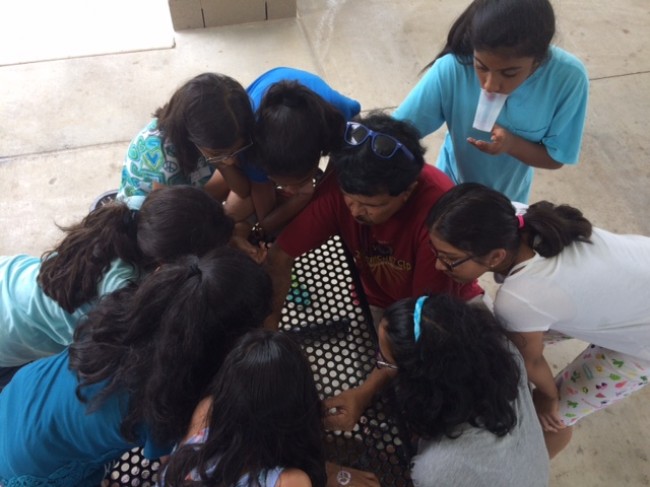 After a delectable lunch catered partly by Madras Chettinaad, followed by ice cream and fruit, it was time for indoor games and catching up. The kids had a variety of fun activities such as face-painting, coloring, and probably a recruiting drive by inhouse playwright Banur Nageshrao for childrens’ skits for the Diwali. The afternoon was rounded off by a game of Scattergories, in which team members had to make lists of items in categories per the word chosen. Through all the sledging, trash talk of other teams, naming outlandish items – not to mention intimidation of the gamesmaster – one team emerged winner – or did it? No one really knows!