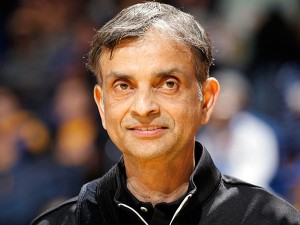 Washington, May 1 (IANS) Mumbai-born Vivek Ranadive, the first and only Indian-American owner of a US National Basketball Association (NBA) team, is leading the charge against fellow team owner Donald Sterling accused of making racist comments. 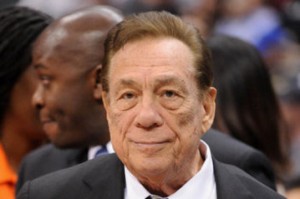 Ranadive, according to ESPN, said he was shocked and outraged by Sterling’s comments, which were revealed over the weekend as part of an audio recording.

In the taped conversation with his girlfriend, Sterling specifically objected to photos that the woman posted of herself with Hall of Famer Magic Johnson.

“It bothers me a lot that you want to broadcast that you’re associating with black people. Do you have to?” Sterling asks the woman on the tape.

“I have had overwhelming support for this position,” Ranadive was quoted as saying. “People were outraged by these comments.

“This is really a global game-you have people from all parts of the world, all skin colours, all religions. The only thing we care about is if you have game.”

Ranadive said Tuesday in a phone interview with ESPN.com that he thought Silver’s discipline against Sterling “sent a very clear, unequivocal and decisive message that we will have zero tolerance” for racist behaviour in the NBA.

After banning Sterling, Silver said he will press the other teams to force NBA’s longest-tenured owner to sell Los Angeles Clippers as part of the sanctions brought against him in response to his racist comments.