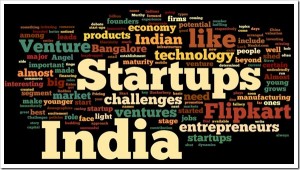 New Delhi, May 1 (IANS) India has some of the world’s best developers and they have huge advantage over start-ups in other countries, believes Microsoft, engaged in developing, licensing and supporting a range of software products and services.

“Indian start-ups have huge advantage over start-ups in other parts of the world, because the core of the start-up is about technology. India has some of the best developers in the entire world. So when we get a start-up and see the ingenuity to take up something from an idea and bring it into a product, I think we (India) have a big advantage over developers in other parts of the world,” Joseph Landes, general manager, developer and platform evangelism, Microsoft India, told IANS in an interview.

He said Microsoft India, which is present in this country for the last 25 years, has taken a lot of initiatives to develop the start-ups here. It has started many programs to help these companies as well.

It has also started in the country a Microsoft Ventures project, which is a global initiative to help entrepreneurs build companies. Microsoft works with start-ups at every stage of maturity to provide the tools, resources and expertise they need.

“Indian start-ups are a function of people. A start-up is as good as the people and the idea they have and the execution of that idea and I found that the start-ups in India are very, very smart people. People who have lots of passion for technology, people who have a desire to see success on whatever they are working on.

“It is just a matter of time and it will gain more and more momentum. This has definitely seen momentum but we can take it to the next level and that is where Microsoft is investing so much in these start-up programs,” he said.

Landes, however, pointed out that there is still a lot of room for improvement. “The area where start-ups across India need to spend more time is probably the area of user interface and design. It is a big issue,” he said.

He said due to lack of user interface development it often happens that “people may have the best ideas in the world but they cannot figure out a way after they coded it to show the idea and make it easy for someone to use it.”

Two-and-a-half weeks ago, Microsoft began a program called JumpStart to help the start-ups.

“As we were doing these activities, one of the needs that we felt was sometimes a start-up has questions. Like at times they are not sure of what papers are needed to be filed with the government. We thought that we can provide that information online, sometimes people just want to talk to someone. So we have set up this JumpStart program, which is a free call for anyone in the country. The response has been quite good so far.”

“In India we have been providing resources for many years. Any start-up can apply to BizSpark and it gives the entrepreneurs the tools that they need to be successful. Many many thousand of start-ups have availed the opportunity of BizSpark.

“We also have an Accelarator in Bangalore, where we take about 15 companies twice a year and give them very close mentoring and coaching. Here they get a lot of resources to accelerate their businesses. It is sort of a training and very close mentoring.”