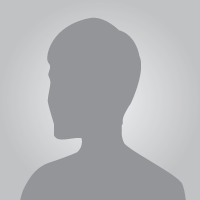 Washington, Sep 25 (IANS) A businessman in Illinois has been charged with planning a robbery of his own establishment by soliciting help from another man in exchange for $1,500, a media report said.

Pareshbhai R. Patel, 40, who owns a gas station in Illinois’ DeKalb city, asked another man to use a toy gun to rob his business. But police thwarted his robbery-for-hire plan when they recorded the whole plot using special equipment, the Daily Chronicle reported on Thursday citing court records.

The most serious charge, solicitation to commit an armed robbery, is usually punishable by 4 to 15 years in prison.

Patel was released from DeKalb County Jail after posting $5,000 bail on Thursday, the daily added.

Police worked in coordination with DeKalb county state attorney’s office to investigate the entire plot, which was supposed to happen within the next few days.

Specific details of the crime, including when it would happen, and how the individual would be paid, were recorded using special equipment, according to authorities.

Patel, who is scheduled to appear before a county court on October 27, admitted to planning the robbery in an interview with police.