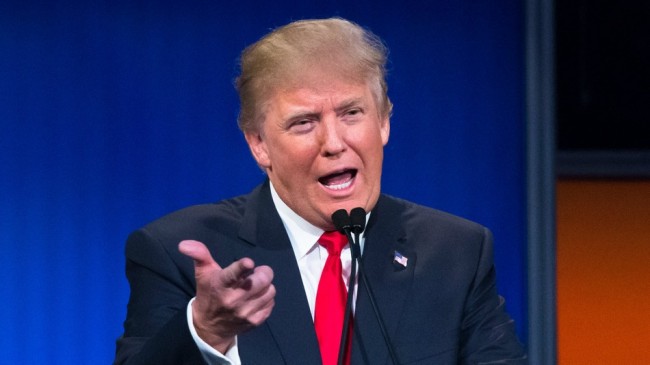 Washington, March 25 (IANS) The Republican leadership of the US House of Representatives cancelled Friday’s scheduled vote on President Donald Trump’s bill to replace the healthcare reform carried out by predecessor Barack Obama.

House Speaker Paul Ryan said he and Trump agreed it would be better to withdraw the bill once it became clear that the measure would fail due to defections among the GOP majority, EFE news reported.

“We came really close today, but we came up short,” the Wisconsin lawmaker told reporters. “I will not sugar-coat this. This is a disappointing day for us.”

Trump made the repeal and replacement of Obamacare, as the ACA is known, a major theme of his 2016 campaign for the White House.

Following Friday’s setback, however, the House speaker expressed uncertainty about future prospects for ending the ACA.

“I don’t know what else to say other than Obamacare is the law of the land. It’ll remain law of the land until it’s replaced. We’re going to be living with Obamacare for the foreseeable future,” Ryan said.

Republicans hold 237 of the 435 House seats, meaning they should have had the majority needed to pass the bill even though the Democrats were uniformly opposed.

But the bill was opposed by the 30-member Freedom Caucus, the most conservative element in the House GOP, for not going far enough to dismantle the ACA.

Ryan and the White House explored concessions aimed at bringing the Freedom Caucus on board only to spark new opposition from Republican moderates.

Speaking to reporters in the Oval Office after the withdrawal of the bill, Trump expressed disappointment while also praising Ryan for working “very, very hard” to pass the measure.

The President also sought to deflect blame onto the Democrats.

“We were very close, it was a very tight margin. We had no Democrat support, no votes from the Democrats,” he said. “I think the losers are Nancy Pelosi and Chuck Schumer because now they own Obamacare.”

He then offered to work with Democrats on a healthcare plan, EFE news added.

“When it (Obamacare) explodes, which it will soon, if they got together with us and we got a real healthcare bill, I would be totally open to it,” Trump said.

“Perhaps the best thing that could happen is exactly what happened today, because we’ll end up with a truly great healthcare bill in the future after this mess known as Obamacare explodes,” he said.

With healthcare in limbo, the President said he wanted to focus on taxes.

Back at the Capitol, House Democratic leader Pelosi hailed the withdrawal of the Republican bill as a “victory for the American people”.

The non-partisan Congressional Budget Office’s analysis of the Trump plan predicted that 14 million people would lose health coverage in 2018.

“What happened on the floor was a victory for the American people, for our seniors, for people with disabilities, for our children, for our veterans,” Pelosi said at a press conference with other members of the Democratic congressional leadership.