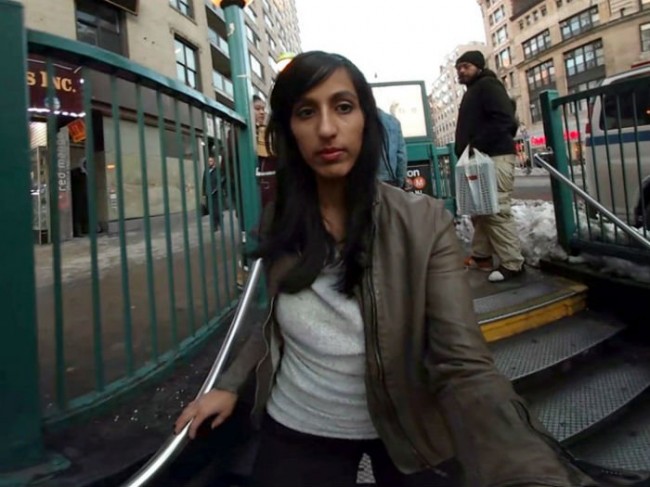 Washington, March 25 (IANS) A Sikh-American girl was harassed on a subway train here by a man who mistook her as a Middle-Easterner and told her to “go back to Lebanon” and “you don’t belong in this country”, a media report said.

Rajpreet Heir recalled her ordeal in a video for a New York Times section, This Week in Hate, that tracks hate crimes and harassment around the country since the election of Donald Trump.

Heir, a Sikh girl born in Indiana, was taking a subway train to a friend’s birthday party in Manhattan earlier this month when a white man began shouting at her, reported the Times on Friday.

The girl says in the video that she was looking at her phone when the man standing next to her yelled saying, “Do you even know what a Marine looks like? Do you know what they have to see? What they do for this country? Because of people like you.”

The man told Heir that he hoped she was sent “back to Lebanon” and said, “You don’t belong in this country”.

Two fellow passengers stepped in to help Heir after the incident on the train.

One woman tapped her on the shoulder and asked if she was all right. “That meant something,” Heir said, “because when you’re a minority, you’re so used to just experiencing things on your own.”

Another woman reported the incident to a police officer at a subway station, said the report.

As New York City works to respond to a rise in reports of discrimination and harassment, subways have emerged as a source of special concern, the Times reported.

Harassment has long been a problem on subways, in part because many strangers are packed together in narrow cars, sometimes for long periods, it said.

“Even in a park, you’re not going to be quite that close together,” said Emily May, the executive director of the anti-harassment group Hollaback.

But since the election, the group has received nearly double the usual number of reports of harassment on the subway, and more than usual involve racist, Islamophobic or anti-immigrant comments, said the report.