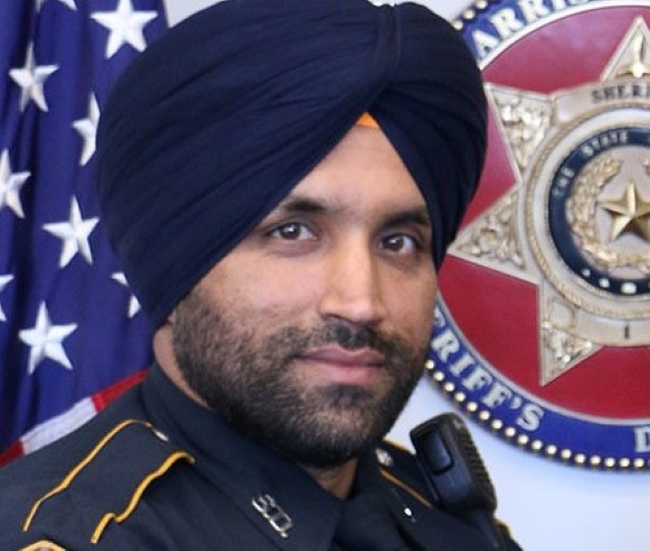 Houston, Dec 6 (IANS) A post office in the US city Houston will be named after Sandeep Singh Dhaliwal, the first Sikh Deputy in Texas’s Harris County who was shot dead while on duty in September 2019.

Decks were cleared for renaming the post office at 315 Addicks Howell Road in Houston as “Deputy Sandeep Singh Dhaliwal Post Office Building” with the US Congress passing the necessary legislation, the American Bazaar said in a report on Saturday.

The Senate has just passed a bill to rename the post office after the House of Representatives did so in September.

The bill is now headed to the White House for President Donald Trump to sign into law.

The first one was named after the first Indian-American Congressman Dalip Singh Saund in Southern California in 2006.

On September 27, 2019, Dhaliwal, 42, was shot dead by a suspect during a traffic stop in the county’s Cypress area.

He was the county’s first Sikh Deputy when he joined the force 10 years ago, and became a national figure after convincing the Harris County Sherrif’s Department to allow him to wear a turban and grow a beard while on patrol.

Responding to the development, the slain police officer’s father Pyara Singh Dhaliwal said that the “gesture will memorialize his legacy of service to his beloved Houston, while also reminding us all to uphold his example and celebrate the diversity that makes our and so many other communities strong”, American Bazaar reported.

In a statement, Republican senator Ted Cruz said: “The US Postal Office on Addicks Howell Road in Houston will now serve as a lasting tribute to Deputy Dhaliwal’s trailblazing legacy for Sikh Americans and religious minorities in law enforcement.”