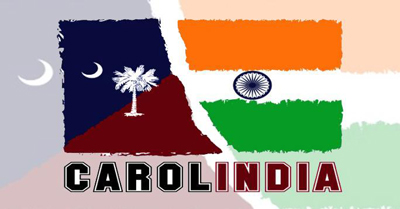 Washington, Aug 27 (IANS) The University of South Carolina launched CarolIndia, a year-long celebration of India, as it unveiled the international edition of the Encyclopaedia of Hinduism at a conference on one of the world’s oldest major religions.

Culmination of a 25-year academic effort, the definitive guide is conceived, compiled and produced by the India Heritage Research Foundation and published by Mandala Publishing, according to the university.

“This is a remarkable work of scholarship and research. I hope that many in academia and in everyday life will turn to it as a resource to better understand the characters, the tenets and the impact that Hinduism has had, and is having in the world,” said Pastides.

Hal French, professor emeritus of religious studies, who served as associate editor of the encyclopaedia since its inception in 1987, called the 25-year quest to document Hinduism a privilege.

The conference also marked the beginning of CarolIndia, a year-long celebration of India as part of the university’ expanding internationalisation programme that would focus on a single country every year.

Cox said his greatest hope is that university students come to think of India as familiar place, not an exotic one.

CarolIndia will feature film festival, lectures, concerts and exhibits. Among the many visitors to campus will be filmmaker Mira Nair. Students also will have the opportunity to engage with faculty with Indian research and teaching interests.

More than 1,000 scholars have contributed to the seminal work documenting one of the world’s oldest living traditions.

Encompassing more than 7,000 articles with over 1,000 colour illustrations and photographs, the encyclopaedia also covers Indian history, civilisation, language and philosophy; architecture, art, music and dance; medicine, sciences and social institutions; and religion, spirituality and the role of Hindu women.

The Dalai Lama introduced the Indian edition in April 2010 in Rishikesh, India.