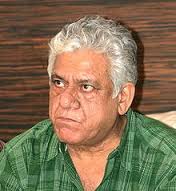 Mumbai, Aug 27 (IANS) Veteran actor Om Puri, who has been accused of domestic violence by his second wife Nandita Puri, denied the allegations, saying he was in Kolkata when he was alleged to have beaten her.

The actor further added that his wife accused him of beating her with a stick, but she had no corresponding injuries.

“She has accused me of beating her with a stick whereas she has just got a scratch. Now you tell me is it possible that if I hit her with a stick, she gets only scratched,” the 63-year-old said.

Puri alleged that his wife is very demanding and insists on going on foreign trips every year, something which is tough for a character actor to afford.

“She insists on going on international holidays annually. I am a middle-class man and a character artist. I am not Shah Rukh Khan that I will have so much money,” he said.

The actor will be going to the court Wednesday with his lawyer.

Om Puri’s wife Nandita lodged a complaint against him August 23 at the Versova Police station.

An alumnus of the National School of Drama and the Film and Television Institute of India, Om Puri carved a niche for himself with films like “Aakrosh” and “Ardh Satya”. He also entertained viewers with his comic timing in “Hera Pheri”.

This is not the first time Nandita and Om Puri are facing problem. In 2009, when Nandita came out with a biography on her husband titled “Unlikely Hero: The Story Of Om Puri” highlighting some of his most private sexual incidents, it had upset the Padma Shri winner.