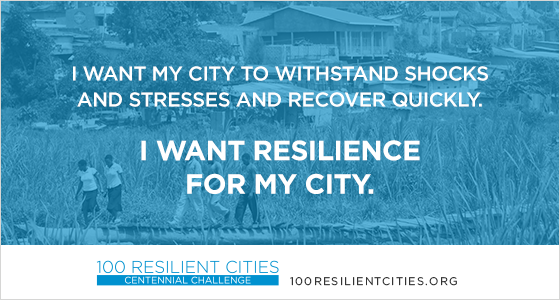 New York, Dec 6 (IANS) Chennai and Bengaluru are among the 32 cities around the world that have been added to the 100 Resilient Cities (100RC) network.

According to the network, Chennai was chosen as officials have begun developing coordinate disaster response plans. In addition, the city is making efforts to build on that experience, learning from past events and continuing to provide best-practice solutions to other regions.

“This is similar to how it responded in the aftermath of the 2004 Indian Ocean tsunami, when it developed an early warning system,” it said.

In the case of Bengaluru, the city officials have warned that a worsening of the water supply situation could lead to evacuations or even abandonment of parts of the city.
Bengaluru has already launched both regular desilting projects and public awareness campaigns.

The announcement of the incorporation of the 32 new cities was made Dec 2 at the Rockefeller Foundation’s Urbans Resilience Summit in Singapore.

“Each city was asked to present a clear and compelling description of their major resilience challenges, how they are approaching and planning for resilience to decrease vulnerabilities, and how they plan to partner with us,” 100RC said in a statement.

100EC, Pioneered by the Rockefeller Foundation, is dedicated to helping cities around the world become more resilient to the physical, social and economic challenges that are a growing part of the 21st century.

100RC supports the adoption and incorporation of a view of resilience that includes not just the shocks — earthquakes, fires, floods etc. — but also the stresses that weaken the fabric of a city on a day-to-day basis.

No shadow of Putin's India visit on Obama trip: US