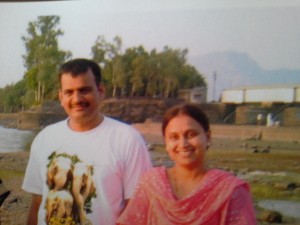 Pune, March 29 (IANS) The Pune-based family of a woman passenger on the missing Malaysian Airlines flight MH370 is distraught, and her husband has shot off an email to the airlines and the Malaysian government, demanding answers to various issues.

“First and foremost, why did the Malaysian government and its airlines take seven to eight hours to declare that its flight MH370 was missing? Why emergency alarms were not raised across the region and across the world when the Boeing 777 with 239 passengers and crew suddenly disappeared from its radars?” an agitated Prahlad Shirsath, whose wife Kranti (44) was on the flight, said to IANS here Saturday.

“If the plane was supposed to be received by Vietnam radar and they did not receive it, why did they not raise emergency alarm? When it was expected at Beijing airport at 6.30 a.m. (March 8) and prior to that it should have been flying for hours over Chinese territory, so why did China not raise the emergency alarm?” Shirsath said in his Friday evening’s email.

Deeply concerned for his wife’s fate, he has gone to the extent of accusing the Malaysian government of “hiding something from us” or all these governments “trying to cover each other”.

“It is said in social media that the flight landed in Diego Garcia. Have you checked the US military base? Or, you are just following what US says?” Shirsath demanded to know.

Lamenting that the Malaysian government and airline have sent out one more letter without any specifics, Shirsath said: “This is absolutely ridiculous… When your plane with 239 passengers, including my wife, is missing and you have been sleeping in the initial important hours, just waiting for others to raise the issue.”

He blasted the Malaysian authorities and airline for telling the same story of “searching and searching” though it is 21 days since the mysterious disappearance of the Boeing 777-200ER.

Shirsath said his children, and thousands of other relatives of all other passengers are just dying day-by-day — “Yet, you have failed to give us any solid information about the plane and passengers.”

“I am getting the impression that you have failed to lead this search and rescue operation… If you have no means and no information, why should you lead it? Why international professionals should not take a lead and report the progress in press conference?” he demanded.

“What I want is my wife back at home and I am sure, relatives of other passengers want the same — but not your baseless stories. It is very hard to believe that the most safe Boeing 777 is missing without any traces… in this modern world with 24 hours of surveillance around our planet,” Shirsath concluded.

Shirsath’s email was in response to a communication sent to him by Malaysian Airlines group CEO Ahmad Jauhari Yahya Thursday, giving a status report (situation update) on the flight MH370 search operations.

“There are few words to express our sorrow and concern as to how you and your family are coping during this very trying and difficult time. Like you, each day, we hope to find answers for our many questions,” Yahya said.

Shirsath said the Malaysian authorities have revealed about the ongoing search operations based on satellite images of the debris.

“Once the debris is found, collected and analysed by the Australian government as belonging to MH370, the next steps will be to narrow down the possible location of the recovery site,” Yahya said.

After that the Malaysian Airlines would make arrangements to bring the families to the recovery area even as the Family Support Centre would continue to engage with the families on a daily basis.

Yahya also regretted the delay in breaking the devastating news to a large number of families around the world within a short time “before the announcement by the Prime Minister (Najib Razak)”.

Shirsath said that he is unable to digest whatever the Malaysian authorities have been claiming about the missing aircraft and is hopeful that the aircraft would be found.

“I keep calling up my wife daily on her (Idea Cellular) number, and I get a response ‘it is out of coverage area’ from her mobile. The cellular operator says that this is owing to the last status of the mobile when it was switched on, but are not able to throw further light on the same,” Shirsath rued.

He said that according to media reports, some families have claimed that their missing relatives’ mobile numbers were still ringing days after the March 8 tragedy which befell the Kuala Lumpur-Beijing flight.

Shirsath also wondered why is the US-based Freescale Semiconductors, which is connected to defence and has lost 20 of its senior staffers who were aboard MH-370, keeping quiet on the issue.

“There were reportedly 12 Malaysians and eight Chinese employees of that company… Why can’t they raise the matter with the US government or Malaysian government? I find all this very fishy,” he said.