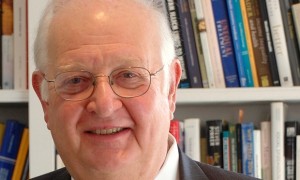 Washington, Oct 13 (IANS) Nobel Prize winner Angus Deaton’s current research focuses on the determinants of health in rich and poor countries as well as on the measurement of poverty in India and around the world.

The British-born Princeton University professor has been awarded the 2015 Nobel Prize in economics for his contributions to understanding consumption at the individual level and in aggregate. Deaton, who also maintains a longstanding interest in the analysis of household surveys, noted that his focus on individuals and their decisions is important both from an academic and ethical standpoint, according to a report on the university website.

“In the end, it’s individual peoples’ well-being that counts,” he was quoted as saying. “When you’re counting the poverty rate in India or the mortality rate in the United States, all of those things you’re looking at are aggregates.”

“But it’s one death at a time. It’s one person at a time who’s in poverty,” Deaton said. “It’s their lives that are being led. In the end, I don’t think you’re ever going to want to get away from the individual.”

Deaton’s latest book, “The Great Escape: Health, Wealth and the Origins of Inequality” (Princeton University Press), explores the story of how, beginning 250 years ago, some parts of the world sustained progress, opening up gaps and setting the state for today’s unequal world.

He’s also widely known for publications on the relationship between income and happiness, with Kahneman.

At a news conference in Princeton Monday afternoon, Deaton noted the tremendous progress that has been made in conditions around the world.

“I’ve spent a lot of time arguing the world is getting to be a much better place,” Deaton said.

“Over the past 200 years, the world has been transformed from something close to destitution to where many, many of us have much richer lives in which our talents and capabilities can be more fully expressed. I do tend to emphasise there’s more to be done.”

Deaton, a native of the United Kingdom, earned his bachelor’s degree and PhD from Cambridge University. He taught at Cambridge and the University of Bristol before joining the faculty at Princeton in 1983