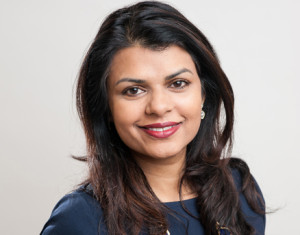 India-born Singh, 43, who came to the US as a toddler, says she entered the South Bay contest because it is “time to do my civic duty”.

But her critics, according to SFGate.com, say the man who recruited her to run, Chicago businessman Shalabh ‘Shalli’ Kumar, “has a far more divisive agenda”.

Kumar is founder of the Indian Americans for Freedom, a super PAC or an independent-expenditure only Political Action Committee, which can spend unlimited amounts as long as it doesn’t coordinate directly with the candidate.

Singh acknowledges that after “multiple conversations” with Kumar and other Republican insiders late last year, she filed to run Dec 26 – a day after switching her voter registration from “declined to state” to Republican.

Kumar told ethnic publication IndiaWest that he approached Singh to be part of a “project” he founded with Republican House member Pete Sessions to build a Republican congressional “team” that supports a “pro-India” agenda.

However his critics, according to SFGate.com, suggest his agenda includes securing a visa for Bharatiya Janata Party’s prime ministerial candidate Narendra Modi.

Modi’s US visa was revoked in 2005 because of his alleged role or inaction during the 2002 Gujarat riots.

Singh, according to SFGate, says she has received no money and “no promises” from Kumar or his super PAC.

“I’m not part of his project per se,” and Kumar’s agenda “is not mine”, she was quoted as saying.

Indian American students die after being swept away by Hurricane Ida