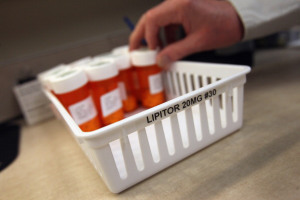 Vipinkumar Patel, 30, and Jigar Patel, 27, in the US state of Maryland pleaded guilty to submitting false claims for prescription refills, the Federal Bureau of Investigation (FBI) said in a statement Wednesday.

The Patels, who were working as pharmacy technicians with Pharmacare, admitted that they billed insurance programmes for prescription refills even when pharmacy customers had not requested a refill.

As soon as a prescription was eligible for refill, the Patels would make a false claim electronically to a healthcare benefit program.

These refills were often billed without the customer’s knowledge.

The Patels would fill medications which were not delivered to the customers to re-use them to fill other prescriptions.

In August 2013, federal agents searched a home that was used to house Pharmacare employees.

The agents recovered undelivered medications worth $87,749.48, as well as binders of alphabetically arranged signature logs which purported to confirm the delivery of medication to Pharmacare customers.

However, the signature pages were undated and contained only the customer’s name and signature. Many of the undelivered medications found at the home were actually billed and filled by Vipinkumar and Jigar Patel in their capacity as pharmacy technicians.

The Patels, however, did not receive the profits from the fraud scheme directly.

“Fortunately, our Medicaid Fraud Control Unit effectively pursues these crimes and in this case, working with our federal colleagues, we can preserve the integrity of these healthcare programmes for the families who need them,” Attorney General Douglas F. Gansler said.

“Pharmacies billing and retaining payment for drugs never dispensed are stealing untold millions from public and private health insurance programs,” said Nick DiGiulio, special agent in charge of the inspector general’s Philadelphia office of the US Department of Health and Human Services.

“These schemes are a major focus of our office and we will continue to work with our law enforcement partners and the Department of Justice to stop these crimes,” DiGiulio said.

The loss to the healthcare benefit programs to date is between $2.5 million and $7 million, the statement said.

The defendants each face a maximum sentence of five years in prison for making false statements in a healthcare matter. Sentencing for Vipinkumar Patel is sheduled for Jan 15, 2015, and Jigar Patel Dec 16, 2014, before US District Judge James K. Bredar.