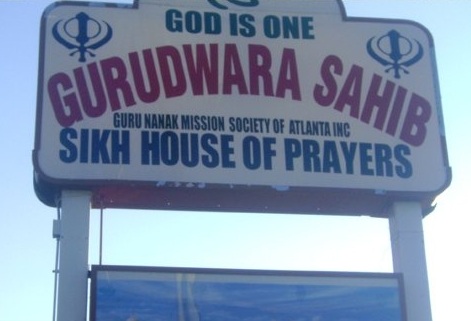 Washington, Aug 21 (IANS) Over 100 representatives from gurdwaras across the US have pledged support for National Sikh Campaign’s plan to engage top US political operatives and media firms for presenting the community positively.

Meeting here over the weekend for a grassroots meeting called by the newly formed NSC, the gurdwara representatives set a target of raising $5 million to shape the Sikh image in America, according to a media release.

During the strategy session, Geoff Garin of Hart Research, who served as Hillary Clinton’s former top political strategist and Isaac Baker of AKPD Message and Media, President Barack Obama’s media firm, outlined a roadmap of how Sikhs can change perceptions in the US and how crucial the campaign will be to the future of Sikhs.

Garin, also gave the meeting’s participants an exclusive update on NSC’s groundbreaking messaging research that will underpin the effort and inform the community how it can effectively communicate to the American public.

NSC executive director Gurwin Ahuja said, “The Sikh community in US has never been more educated, more wealthy, and more successful than today.”

In a strategy session focused on specific action steps to make lasting change in the US, Sikh Leaders worked together to create a realistic region by region breakdown of US gurdwaras and fundraising strategies.

Rajwant Singh, President of the Sikh Council on Religion and Education and senior advisor to NSC, said, “The consensus was that there is a critical need for this kind of media strategy for the Sikh community.

“Secondly, all possible efforts need to be made to include as many gurdwaras as possible in the network as partners,” he said.

“Thirdly, our goal is to keep the focus on introducing Sikhism and the Sikh identity while showing the positive contribution of the community in the media,” Rajwant Singh said.

Kulwant Singh Dhaliwal, President of the Oak Creek Gurdwara, Wisconsin, where six worshippers were killed in a shootout on Aug 5, 2012, said:

“We are 100 percent behind this campaign.”

perceptions Americans have about Sikhs and Sikhism and create a positive image of Sikhs and our faith,” he said