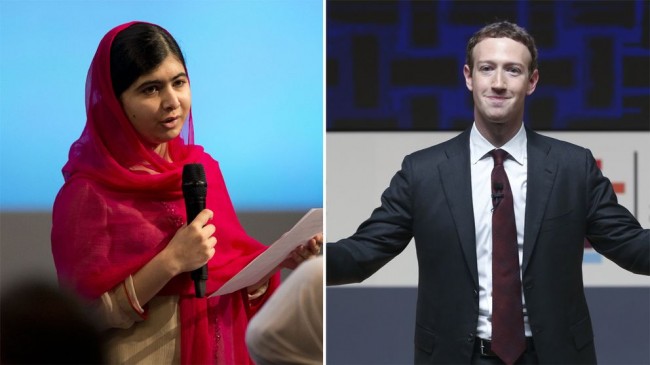 The extreme vetting order will suspend the entry of immigrants and non-immigrants from Iran, Iraq, Libya, Somalia, Sudan, Syria and Yemen for 90 days, whereas refugees from Syria were indefinitely banned. It added all refugee admissions to be suspended for 120 days, and refugee numbers would be cut down to a maximum of 50,000 in 2017 (less than half the previous year’s figure of 117,000), and prioritise Christians refugees.

According the Guardian newspaper, the Council on American-Islamic Relations (CAIR) on Friday said it will file a federal lawsuit challenging the constitutionality of the order “because its apparent purpose and underlying motive is to ban people of the Islamic faith from Muslim-majority countries from entering the US”.

“There is no evidence that refugees — the most thoroughly vetted of all people entering our nation — are a threat to national security,” said CAIR’s Lena F. Masri. “This is an order that is based on bigotry, not reality.”

World’s youngest Nobel Peace prize winner Malala said she was “heartbroken” that America was “turning its back on a proud history of welcoming refugees and immigrants — the people who helped build your country, ready to work hard in exchange for a fair chance at a new life”.

She said: “I am heartbroken that Syrian refugee children, who have suffered through six years of war by no fault of their own, are singled out for discrimination.”

Facebook chief executive Mark Zuckerberg said he was “concerned about the impact of the recent executive orders signed by Trump”.

Zuckerberg, who is Jewish, said his great-grandparents came to the US from Germany, Austria and Poland and his wife’s parents were refugees from China and Vietnam.

“The US is a nation of immigrants, and we should be proud of that,” he said.

Zuckerberg expressed a hope that Trump would not reverse former President Barack Obama’s decision to allow undocumented immigrants brought to this country as children to work in the US.

Khizr Khan, whose son Humayun Khan died saving his unit from an Iraqi suicide bomb and was a focus of attacks by Trump earlier this year, said the President’s “race to violate constitutional principles and fundamental American values by targeting Muslims and immigrants is of tremendous concern”.

Earlier this week, Nihad Awad of CAIR said Muslims would be “the sole targets” of Trump’s action.

“These orders are a disturbing confirmation of Islamophobic and un-American policy proposals made during the presidential election campaign,” he said.

Manar Waheed, a former political appointee for the Obama administration, told the Guardian that the President’s order was a “de facto ban on Muslims” that would only serve to alienate key allies across the globe and millions of Muslims living in the US.

David Miliband, President and chief executive of the International Rescue Committee, said refugees were “fleeing terror — they are not terrorists”.

“At a time when there are more refugees than ever, America must remain true to its core values,” the former British Foreign Secretary said. “The US must remain a beacon of hope.”

Speaking on Thursday, a day before Trump announced his shift in refugee policy, Madeleine Albright, the former US Secretary of State, quoted the words enshrined beneath the Statue of Liberty.

That read: “Give me your tired, your poor, your huddled masses yearning to breathe free.”

“There is no fine print on the Statue of Liberty,” said Albright, who came to the US as a child when her family fled Nazi persecution.

“Today she is weeping because of the actions of President Trump.”