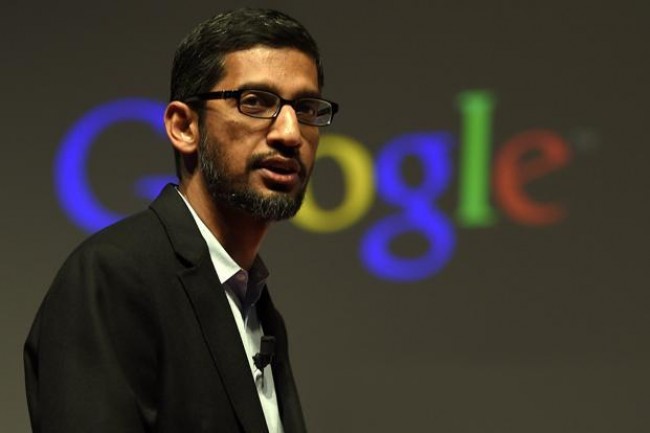 Pichai suggested that the ban could affect at least 187 Google employees as the Internet search giant ordered its travelling staff to return to the United States.

“We’re upset about the impact of this order and any proposals that could impose restrictions on Googlers and their families, or that could create barriers to bringing great talent to the US,” The Wall Street Journal quoted Pichai as saying in an e-mail to staff.

“It’s painful to see the personal cost of this executive order on our colleagues,” he added.

On Friday, Trump signed an executive order blocking from entering the United States all Syrian refugees until the adequate changes are made to the Refugee Admission Program (USRAP) and suspending the entry for all nationals of Iran, Iraq, Libya, Somalia, Sudan, Syria and Yemen for 90 days.

“Our first order of business is to help Googlers who are affected,” he assured his staff, urging them to reach out to Google’s global security team if they were abroad and needed help.

Facebook CEO Mark Zuckerberg also expressed his concern over the order. “We need to keep this country safe, but we should do that by focusing on people who actually pose a threat,” he wrote on his Facebook page on Friday.

Immigrants make up much of the workforce in Silicon Valley, including many executive roles, and the tech industry has long advocated for more open immigration laws in the US, saying they need more skilled foreigners to fill technical jobs, the WSJ added.

Earlier on Saturday, thousands of academics, including 11 Nobel Laureates, signed a petition against the immigration ban calling it discriminatory and detrimental to the country’s national interests.

Trump’s order means that thousands of citizens from seven Muslim-majority countries may not be allowed to board flights bound for the US — even if they hold “green card” (permanent residents’ permit).

Trump said the measure would “keep radical Islamic terrorists out of the US”. But rights groups said there is no link between Syrian refugees in the US and terrorism.

According to the BBC, there were already reports of travellers from the countries targeted being turned away as they tried to board flights to the US.

Some Republicans welcomed Trump’s announcement, including the Speaker of the House of Representatives, Paul Ryan, who said it was “time to re-evaluate and strengthen the visa vetting process”.