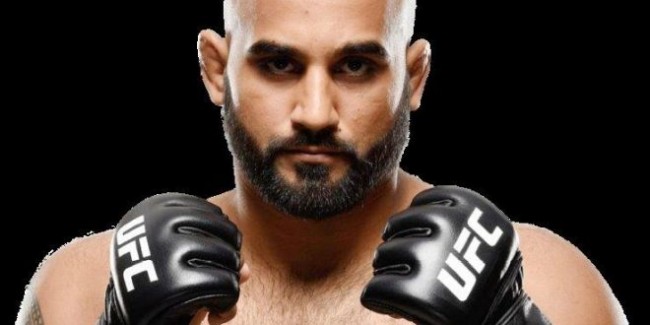 New York, April 14 (IANS) A Sikh fighter will be wearing a turban as he competes on Vaisakhi in the American Ultimate Fighting Championship (UFC) in a show of pride in his faith and tradition, according to the National Sikh Campaign (NSC).

Arjan Singh Bhullar is to faceoff against Adam Wieczorek on Saturday night at the Gila River Arena in Glendale in Arizona state.

The UFC is a mixed martial arts match fought inside an eight-sided metal “cage” with minimal rules and fighters using techniques from different disciplines like boxing, wrestling and judo.

Bhullar is partnering with the NSC, which has been running a national campaign, “We Are Sikhs,” in the US to educate people about the Sikh religion and dispel misinformation about turbans.

Bhullar said: “It’s important for me to wear my turban into the ring. Around the world, people do not know what Sikhs stands for and what our turbans stand for. We believe in equality for any gender, caste, race. Throughout history, we have been fighting for that as a people and the turban signals a readiness to protect those values. It’s important for me to represent where I come from and what my people are all about.”

Bhullar was forbidden from wearing a turban under the UFC attire rules.

But he persuaded the UFC and the sponsor, Reebok, to allow him to wear a turban.

Bhullar, 31, is an Indo-Canadian, who represented Canada in wrestling at the 2012 London Olympics.

He made his UFC debut in September in Edomonton, Canada, defeating Luis Henrique.

NSC said that Phoenix Bhullar fighting in Arizona has special significant as the first hate crime targeting Sikhs after 9/11 took place in the state when Balbir Singh Sodhi was murdered while wearing a turban.

Anjleen Kaur, who is with the NSC “We Are Sikhs” campaign, said “Our Sikh kids have never seen a successful athlete in the USA with the same skin colour as them, with the same values as them and who speaks the same language as them. For me, Arjan is more than just a UFC fighter, he is a role model to my children.”