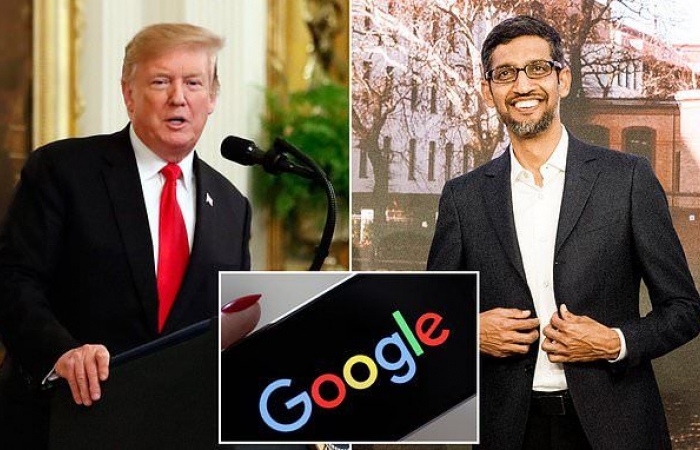 San Francisco, March 28 (IANS) Giving more fodder for fun on social media, US President Donald Trump addressed Sundar Pichai on Twitter as “President of Google” after meeting him to discuss issues surrounding its dealings with China and “political fairness”.

“Just met with @SundarPichai, President of @Google, who is obviously doing quite well. He stated strongly that he is totally committed to the U.S. Military, not the Chinese Military….,” Trump tweeted after the meeting on Wednesday.

“…Also discussed political fairness and various things that @Google can do for our Country. Meeting ended very well,” he tweeted.

Google earlier faced flak after media reported that the company was trying to build a secret search engine for China that would censor results. The project was reportedly put on hold after Google faced global outrage.

Trump earlier this month attracted media attention when he called Apple CEO Tim Cook “Tim Apple”. The US President later claimed that he meant to call the executive “Tim Apple” in order to “save time and words”.

After media reported the error, Trump hit out at the “fake news”. “The Fake News was disparagingly all over this and it became yet another bad Trump story,” he tweeted.

Trump again lashed out at the media on Thursday, saying, “The Fake News Media is going Crazy”.