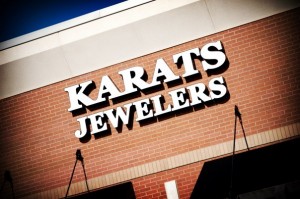 Washington, Oct 27 (IANS) A jewelry store owned by an Indian-origin man was found ransacked in Kansas state, US, a media report said.

They used stones to smash the glass doors and took away ornaments kept in cases, fox4kc.com reported on Monday without specifying the value of the stolen articles.

“I’ve raised it like a child for 10 years, and we have put a lot of hard work into bringing this business as one of the top jewellery stores in the city,” Anand was quoted as saying.

Anand’s family has been in jewelry business for six generations, but he was the one to bring the business to the US.

“You feel cheated,” Anand said. “You feel like somebody violated you. You worked so hard, and I mean, you do it the right way, you do everything properly, and then just somebody comes in, takes it away from you.”

Police were trying to identify cars and descriptions of the suspects.