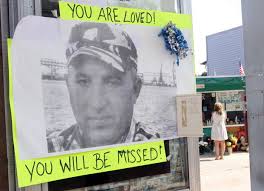 New York, Oct 23 (IANS) Three men have been arrested and charged with the murder of an Indian-origin gas station attendant in the US in a failed robbery bid.

The victim, a gas station attendant at Garden State Fuel in Woodbury, was killed in fatal shooting Aug 25 by the three men.

Singh, 40, was shot in the upper chest and near his right armpit.

He lived in Woodbury for about 10 years and left behind two children and his wife.

Gloucester County Prosecutor Sean F. Dalton said the three accused planned a robbery but after Singh resisted them they fired at him.

Friends and customers say Singh was a kind man.

The gas station where Singh worked built a memorial in his memory.

Authorities, however, later confirmed that nothing was stolen during the robbery bid.