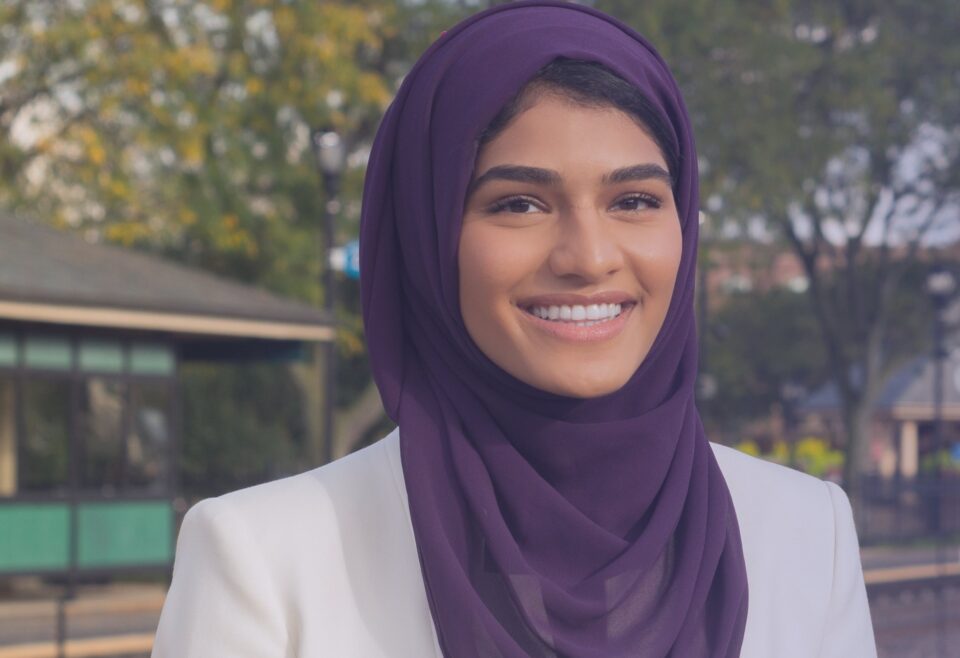 Chicago, IL, November 10, 2022: A 23-year-old Indian-American Muslim woman has created history as the youngest representative to have won an election to the Illinois State Legislature.

“My name is Nabeela Syed. I’m a 23-year old Muslim, Indian-American woman. We just flipped a Republican-held suburban district,” the Democratic candidate tweeted after her win.

A Palatine native, Syed ran for the 51st District in the Illinois State House of Representatives.

“From knocking on doors to help elect Democrats in Schaumburg and Palatine to organizing Asian American voters to flip Senate seats in Georgia, Nabeela has worked to advance progressive causes on both a local and national scale,” her website says about her grassroots work.

Professionally, Nabeela has worked with a variety of organizations, including EMILY’s List, to raise money to elect Democrats to Congress. Currently, Nabeela works for a non-profit in digital strategy supporting a variety of their civic engagement efforts including voter mobilization, ending sexual assault on college campuses, and promoting gender equity.

Nabeela has been engaged in her community, serving as a mentor for youth as a high school debate coach. She is also active in her religious community at the Islamic Society of Northwest Suburbs and is a strong advocate for promoting interfaith dialogue and empowering young Muslim women to lead, her website says.

Nabeela graduated from the University of California, Berkeley with a degree in Political Science and Business Administration, where she served as the president of a pro-bono consulting organization assisting local businesses and nonprofits.