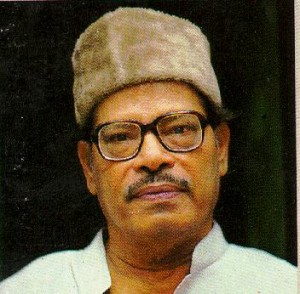 New Delhi, Oct 24 (IANS) Manna Dey’s knack for singing classical songs may have been disadvantageous for his career in filmdom, but the singer honored with the Dadasaheb Phalke Award will be remembered for his versatility and masculine style of rendering love songs.

He proved his flexibility and versatility by going behind the mike for a range of songs like “Aaja sanam madhur chandani main hum”, “Chunari sambhal gori udi chali jaye re”, “Zindagi kaisi hai paheli” and “Chalat musafir moh liyo re”.

All thanks to Shankar-Jaikishan, the composer duo who offered him a variety of songs.

Labelled as a classical singer, the music genius did not get due recognition compared to others, but he managed to sing over 3,500 songs in his decades long career, and Manna Dey’s work helped him win some of the highest honors in the field of art and culture.

In his memoir “Jiboner Jolshaghorey” (translated in English as ‘Memories Come Alive’), he thanked Shankar-Jaikishan, who closely worked with Raj Kapoor in films like “Awara” and “Shree 420”, for sensing “that my masculine style of rendering love songs would appeal to the public”.

“I am especially indebted to Shankerji, for had it not been for his patronage, I would certainly not have attained the heights of success I enjoyed in my career. Here was one man who knew how to bring out the best in me,” Manna Dey mentioned in his memoir.

If he was thankful to Shankar-Jaikishan for tapping his versatility, he also credited actor-filmmaker Raj Kapoor for seeing the potential in his singing.

“I used to consider Raj Kapoor one of the icons in this line. Nobody but him gave me songs like ‘Pyaar hua ikraar hua’ and ‘Yeh raat bheegi bheegi’…,” Manna Dey has been quoted as saying in one of his interviews.

“People would say Manna Dey and singing love songs? Impossible. But I proved it,” he said.

Born as Prabodh Chandra Dey May 1, 1919, to Purna Chandra and Mahamaya Dey, Manna Dey’s singing talent was noticed in his salad years and his uncle K.C. Dey, who was visually impaired, took him under his wings and mentored him. Manna Dey also took lessons from Ustad Dabir Khan.

Very few would know that legendary composer S.D. Burman was K.C. Dey’s student and as a youngster Manna Dey used to idolise him.

Known as an open-throated singer, Manna Dey learnt the art from his uncle, a singer with mastery over many Indian musical genres.

At the age of 23, Manna Dey came to Mumbai. He was accompanying his uncle. As luck would have it, he got his first assignment when his uncle refused to sing for composer Shankar Rao Vyas, the song fell into Manna’s lap, and thus with “Gayi tu gayi” from “Ram Rajya” (1943) he embarked on his journey as a playback singer in Hindi filmdom.

Although first break came to him easily and in the same year he even got a chance to sing a duet with Suraiya, one of the reigning queens of the era, in “Tamanna”, his career didn’t take off in a big way until his first solo “Upar gagan vishal”, composed by S.D. Burman for 1950 film “Mashal”, happened.

“Upar gagan vishal” turned over a new life in his singing career and Manna Dey won many battles as a singer though fighting only for second place as the top spot those days was reserved for Mohammad Rafi and Mukesh.

During his struggling days he assisted composers like S.D. Burman, Khemchand Prakash and composed music for several mythological films at the ripe (!) age of 25.

He also struck the right chord with the listeners with fun and naughty numbers “Ek chatur naar” or “Chunari sambhal gori” or “Ay meri zoharajabi”!

How can one forget “Yaari hai imaan mera yaar meri zindagi”, a song from “Zanjeer” that epitomised friendship on the celluloid?

He sang in 14 Indian languages, including Bengali, Punjabi Malayalam and Gujarati.

A recipient of many honours, he was decorated with Padma Shri in 1971, Padma Bhushan in 2005, and the Dadasaheb Phalke Award, the country’s highest honour in cinematic arts, was conferred on the veteran singer in 2007.

He also won National Award for best male playback singer for the film “Mere Huzur” in 1969 and in 1971 he won it for two films – Bengali film “Nishi Padma” and Hindi film “Mera Naam Joker”.

Manna Dey wanted to be as versatile as his uncle, who taught him to become a full-fledged good singer, an all-India singer, and he achieved it with aplomb.

“That’s how I am what I am,” he said in one of his interviews.

US Congress set to celebrate Diwali