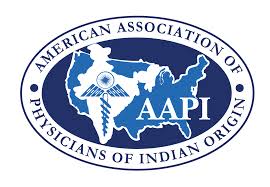 Washington, June 24 (IANS) The American Association of Physicians of Indian Origin (AAPI), one of the most influential professional bodies in the US, has set up a fund to encourage young medical researchers of Indian origin with an endowment created by a Texas plastic surgeon, Dr. Rajaram Bala.

The income from perpetual endowment will be used for research award for the best research presentation at the AAPI convention, in San Antonio, Texas, from June 25-29, the association president Jayesh Shah announced.

Thanking Bala on behalf of the executive committee and the AAPI family, Shah citing Microsoft co-founder Bill Gates said, “I believe in innovation and that the way you get innovation is you fund research and you learn the basic facts.”

He also urged other physicians of Indian origin to consider an endowment to AAPI, the largest ethnic medical organization in the US with 130 local chapters, specialty societies and alumni organizations, to encourage young investigators to pursue the academic pathway.

“Philanthropy and charity differ,” said Bala who was born in Mayiladuthurai, in Tamil Nadu. “Charity relieves the pains of social problems, whereas philanthropy attempts to solve those problems at their root causes.”

Bala’s endowment is aimed at encouraging the application of the scientific method, a harnessing of curiosity, encouraging young physicians to engage in scientific research.

Bala, whose father was a farmer with high school education and mother a homemaker was the first in his family to go to college and the first physician.

After finishing high school in Mayavaram and medical school in Stanley Medical College, he did his post-graduation in surgery in India and came to the US in the 1960s.

Starting frome Westchester College, Valhalla, he trained at the Johns Hopkins University Medical School in Baltimore from 1968 to 71.

At AAPI’s Texas annual convention, winners from among 42 researchers who have submitted abstracts will be given citations and monetary awards, Dr. Ravi Jahagirdar, President-Elect of AAPI, announced.

Over 1,500 physicians and their families are expected to gather and deliberate on ways to enhance their own professional growth and identify ways to network and stay united and offer a unified voice to protect their rights as well as explore possibilities to give back to the society.

In addition to 11 hours CMEs (continuing medical education), the convention will be packed with entertainment, networking and delicious Indian cuisine.

Nina Davuluri, the first Indian American to be crowned Miss America, will lead AAPI Women’s Forum Session and the “Be Fit Be Cool’ Walkathon during the convention.

US asked to explain immunity to Manmohan Singh