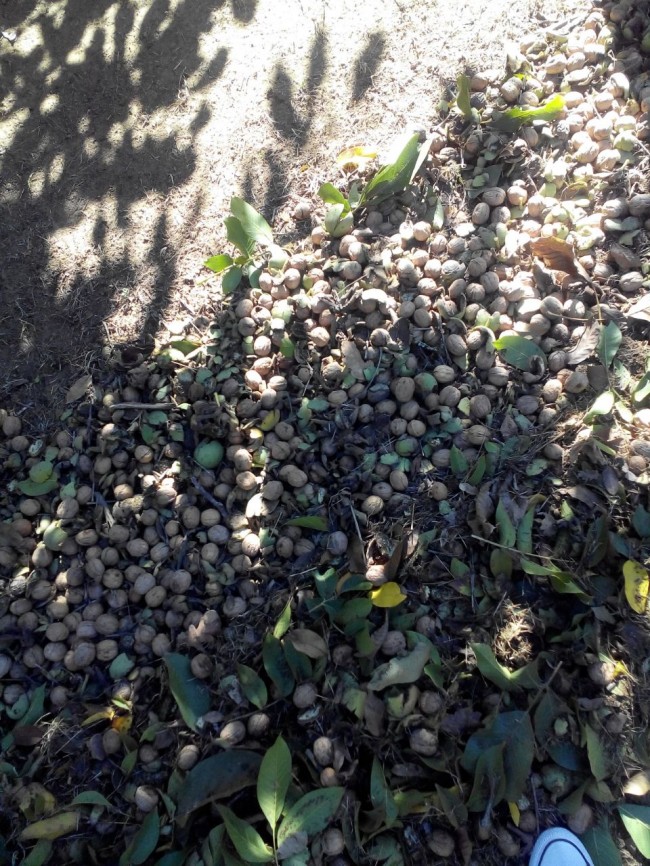 Sacramento (California), Oct 9 (IANS) Walnut farmer Sarabjit (Sarb) Johl was 13 when he migrated with his parents to the US in the early 1960s. Today, he presides over a 1,000 acre farm and a growers’ collective that recorded exports of $20 million last year. The icing on the cake, as it were, came earlier this year when he was named Agriculturist of the Year by the California State Fair.

“My father came here with very little money in 1963 and he worked in the farms enough to buy himself a piece of land — and we haven’t stopped pretty much since then,” Johl, who founded Sacramento Valley Walnut Growers LLC collective in 2006, told IANS.

The farm is located in Marysville, Yuba County, in the quaint countryside where the sky is blue and the land stretches for thousands of acres. The trees that are harvested are usually not more than seven years old.

“The trees from which we harvest, we make sure they are of the same height so that they receive the same amount of sunshine so that the produce is the same,” Johl explained.

The trees remain completely dormant in the winter and the fruit starts growing during March-April, giving it plenty of time before the early October harvest season.

“Sacramento Valley Walnut Growers export not only across the US but also globally, including India, Japan, China, Australia, South Korea and Turkey,” he said.

The company exported about 4,500 tonnes of walnuts last year.

The harvesting is done by machines that shake the trees, sweeps the fallen nuts and collects them for cleaning, after which they directly go into a modern processing facility which is the final step in a walnut’s journey from the orchard to the table — “Farm to Fork”, as the growers put it.

The facility processes about 20 million walnuts at a time and also takes care of packaging and distribution.

Not only does the walnut taste great, it is a healthy nut that helps in fighting a number of diseases.

“As our research evolved, we learnt that walnuts are very helpful in decreasing diabetes, cancer and heart diseases and also in weight management,” Carol Sloan, a dietician with California Walnut Commission (CWC), told IANS.

“Walnuts contain the Omega 3 fatty acids which our bodies don’t produce on their own and making these nuts a part of our daily meals is a very healthy idea.”

Men should consume at least 45 grams and women about 31 grams which will also contribute to the healthy eating index.

“Don’t get bored by consuming these nuts the same way. Walnuts are very soft and easy to blend, so one can add them to smoothies, or on top of salads, instead of the bread croutons, and also just munch them as a snack,” Sloan noted.

The CWC and California Walnut Board represents over 4,000 growers and more than 100 handlers who process, package and market walnuts across the state. The Board was established in 1948 to promote the consumption of walnuts across the US. It also provides funding for walnut production and post-harvest research.

The CWC was launched in 1987 and is funded by the growers. It is mainly involved in health research and export market development.