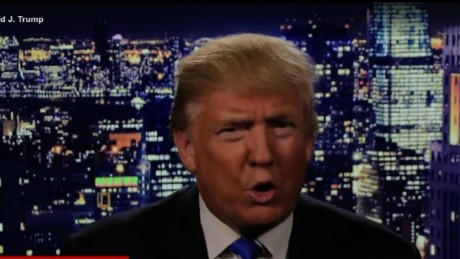 Washington, Oct 9 (IANS) Dozens of US Republican leaders have abandoned presidential nominee Donald Trump after the release of a video showing him speaking about women in vulgar sexual terms, delivering a punishing blow to his campaign and plunging the party into crisis just a month before the election.

A group of Senators and House members on Saturday withdrew support for Trump, with some demanding that he step aside, fearing his candidacy was on the verge of undermining the entire Republican ticket in the upcoming poll in November.

Trump, however, vowed to stay in the race, saying he “will never quit”, the New Yort Times reported.

“I thought it important I respect the fact that Trump won a majority of the delegates by the rules our party set,” McCain said in a statement.

“But Trump’s behaviour this week, concluding with the disclosure of his demeaning comments about women and his boasts about sexual assaults, make it impossible to continue to offer even conditional support for his candidacy,” McCain said.

In an unheard-of rebuke by a running mate, Indiana Governor Mike Pence — the Republican vice-presidential candidate — declined to appear on Trump’s behalf at a party gathering in Wisconsin.

Pence said he was “offended by the words and actions described by Trump” in the 2005 video, and cast his second debate with Democratic presedential candidate Hillary Clinton on Sunday as an urgent moment to turn around the campaign.

“I do not condone his remarks and cannot defend them,” Pence said, adding: “We pray for his family and look forward to the opportunity he has to show what is in his heart when he goes before the nation tomorrow (Sunday) night.”

By Saturday evening, no fewer than 36 Republicans of Congress and governors who had not previously ruled out supporting Trump disavowed his candidacy, an unprecedented desertion by the institutional party of its own standard-bearer just a month before the Election Day.

The growing wall of opposition recalled the determination of the party this year to deny Trump the nomination in the first place.

Aides described Trump as shaken, watching news coverage of the video with a mix of disbelief and horror.

Shortly after midnight, Trump had released a video, saying: “I’ve said and done things I regret, and the words released today on this more than a decade-old video are one of them.”

In a brief interview on Saturday, he shrugged off the calls to leave, saying he would “never drop out of this race in a million years”.

“I haven’t heard from anyone saying I should drop out, and that would never happen, never happen,” Trump said. “That’s not the kind of person I am. I am in this until the end.”

Far from sounding rattled, Trump insisted that he could still prevail in November.

“Oh, yeah, we can win — we will win,” he said. “We have tremendous support. I think a lot of people underestimate how loyal my supporters are.”

The situation has grown so dire that many in the party were all but pleading with him to withdraw and let Pence serve as the presidential nominee.

Senator John Thune of South Dakota, the chairman of the Republican Conference, became the most senior Republican to call on Trump to make way for Pence.

The exodus began late Friday night when a handful of Utah Republicans who said they would support Trump indicated that they could no longer tolerate their nominee.

But it was not until a pair of conservative women, Representatives Barbara Comstock of Virginia and Martha Roby of Alabama, implored Trump to withdraw that previously hesitant Republicans stepped forward to reject his candidacy.

Kelly Ayotte of New Hampshire was the first Republican Senator facing a competitive re-election to say she would no longer back Trump, announcing that she would write in Pence for President instead.

“I’m a mom and an American first, and I cannot and will not support a candidate for President who brags about degrading and assaulting women,” she said.

According to the New York Times, Ayotte was joined just hours later by McCain, who is also running for re-election, and Representative Joe Heck of Nevada, who is locked in a close race for the Senate seat now held by Harry Reid, the Democratic minority leader, who is retiring.

Trump crassly boasted about groping women’s genitals, vulgarly commented on their bodies and generally described women as sex objects who could not resist his advances.

In his statement, Trump said: “Anyone who knows me knows these words don’t reflect who I am. I said it, I was wrong, and I apologize.”

“I pledge to be a better man tomorrow and will never, ever let you down,” he added, before ending the message with a promise to bring up the sex scandals of Bill Clinton’s presidency and Hillary Clinton’s response to them.