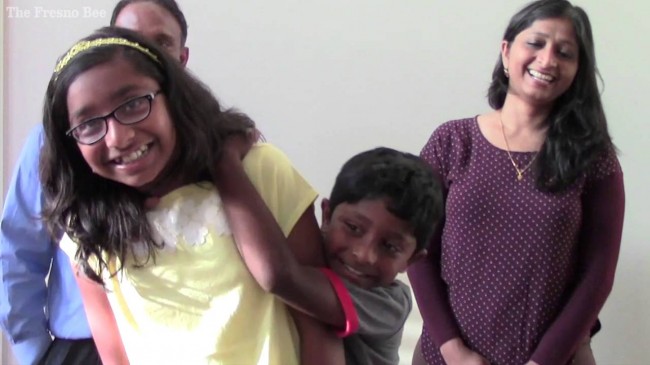 Ananya Vinay and another Indian-American Rohan Rajeev faced each other in the final round on Thursday night at the Gaylord National Resort and Convention Centre in Maryland, The Washington Post reported.

Ananya won on the word “marocain”, a fabric.

According to her bio, Ananya loves to read and in her free time she imagines stories. “I’m so happy right now,” she said after her victory.

The two were among the brightest and best young spellers gathered for Thursday’s finals, a marathon event that stretched late into the night, according to organisers.

Among the other words young participants were asked to spell were: pterygoideus, mollienisia, cinerarium and hesychast.

On Thursday morning, 40 finalists sat onstage in a ballroom,.

The winner is entitled to a $40,000 cash prize, a trophy and other awards, including a $2,500 US savings bond from Merriam-Webster as well as trips to New York and California for televised appearances.

Are you on Twitter, NBC journalist Megyn Kelly asks Modi