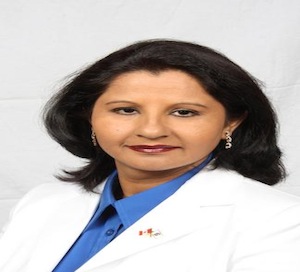 New Delhi, Jan 7 (IANS) The Indian diaspora was shaken by the brutal gangrape of a young woman on Dec 16, 2012, and upset over the continuing rapes taking place in the national capital and elsewhere that made the country appear unsafe for women, said members of the Indian diaspora here. It wants the government to take the strictest action against such crimes.

Priti Lamba, who belongs to Toronto, Canada, and is here to attend the 12th Pravasi Bharatiya Divas (PBD), said the incident made the Indian diaspora in Toronto very angry.

“When we heard about Damini (the name given to the victim by the media ) we were very upset. All were upset. The way they raped her was very brutal. They (the accused) should get the strongest punishment,” said Lamba, who had migrated from Punjab to Canada in 1981 and is the vice president of Association of Women of India in Canada (AWIC) that works among Indian women in Canada.

“There was also another rape case we learnt about after that. The Indian government should take strong steps to prevent such incidents,” Lamba told IANS .

Gunepoosham Periyepayyan, a diaspora member from Malaysia, said the Indian diaspora in Malaysia was “very, very angry” over the Dec 16 gang-rape incident.

“My husband was not allowing me to come to the PBD,” Periyepayyan told IANS.

According to Periyepayyan, who is attending her fifth diaspora meet, said the gang-rape and the many other incidents of rape that are reported in the media “is the one big bad thing” in India, and the government should take strong steps to stop it.

A 23-year-old woman was brutally raped on board a moving bus on Dec 16, 2012 by six males, including a minor. She died of the grievous injuries after nearly a fortnight. The horrific incident led to outrage in India with tens of thousands marching on the streets to demand stricter anti-rape laws and more security, especially for women.

The PBD is the world’s largest annual gathering of people of Indian origin aimed at enhancing networking and reinforcing commercial linkages.