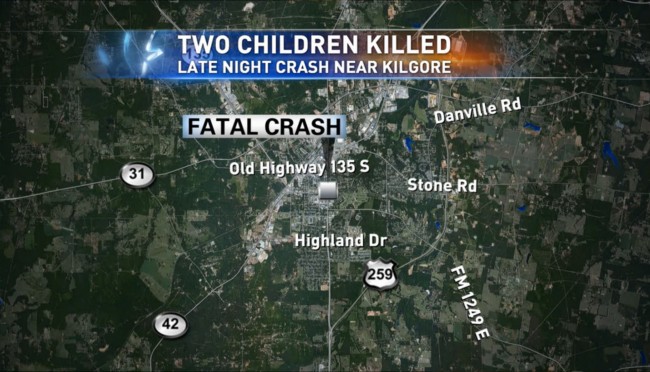 Atlanta, GA: Ketanbhai Patel of central Texas, whose wife and two children were killed in a fatal accident on July 10, is suing the driver of the car that hit them and three other East Texas businesses, reports, KLTV.

According to the suit,Taylor became intoxicated while drinking alcoholic beverages at clubs owned by The Brewery and Rainbow Members Club on the night of July 10. Taylor then drove a Ford F-350 truck owned by defendant, Eaton Oil Tools, ultimately colliding with Patel’s van.

Police say Taylor was driving the wrong way on the highway when she hit the Patel’s car head on. Ryera Patel, 5, and Trish Patel, 12, were killed when their van, driven by father Ketanbhai Patel, 42, swerved to avoid the pickup driven by Shelby Taylor, in Kilgore city in eastern Texas. Their mother Heena Patel, 43, later died in the hospital.

Ketanbhai Patel was discharged after being treated for minor injuries.

Texas Department of Public Safety spokeswoman Trooper Jean Dark had then said Taylor was traveling in the wrong direction in the northbound lane of US 259 near Dudley Road when her pickup collided with the van carrying the Patel family from Caldwell in central Texas.

The family was traveling to Tennessee to visit their oldest daughter, Twinkle Patel. Twinkle Patel is also listed as a plaintiff on the suit, reports KLTV.

Ketanbhai Patel is seeking damages for injuries he suffered to his head, neck and body and personal injuries including medical treatment and costs, lost wage earning capacity, pain and suffering, mental anguish, disfigurement, and physical impairment, reports KLTV. Patel is also seeking damages for the value of his car, which was destroyed in the collision, funeral and burial expenses, and medical expenses.