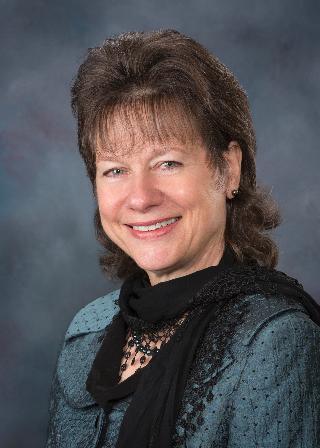 Atlanta, GA, March 20: In a remarkable interfaith gesture, Roman Catholic Diocese of Boise, which comprises the entire state of Idaho, appears to have distanced itself from comments of Idaho Senator from Cottonwood, Sheryl L. “Sherry” Nuxoll, who reportedly said on March three: “Hindu is a false faith with false gods”.

Nuxoll, reportedly a Catholic, made this statement in a media interview regarding historic first Hindu invocation of Idaho State Senate by Hindu statesman Rajan Zed on March three, which she and two other state senators reportedly refused to attend.

Roman Catholic Diocese of Boise, in a statement reportedly sent to parishes across Idaho besides to media and Zed, said: “Sen. Nuxoll’s comments reflect her own personal opinions.  They do not represent the opinions or teachings of the Roman Catholic Church, Bishop Peter Christensen or even our Holy Father, Pope Francis, who has been an outspoken supporter of ecumenical and inter-religious dialogue.”

Meanwhile, Father Charles T. Durante, a senior Roman Catholic pastor in Nevada, noted: I find it sad that some legislators in Idaho could not respect the importance of religious diversity by their presence at a brief prayer.

Rita K. Sloan, Coordinator for the Life Peace & Justice Commission of the Roman Catholic Diocese of Reno, pointed out: “As a public official who is expected to represent all citizens, it is highly inappropriate and insensitive for Ms. Nuxoll to unnecessarily label a major religion as “false.”… Showing some responsibility, respect and maturity, and understanding the hurt feelings of the Hindu community, Ms. Nuxoll should apologize.”

Interfaith Equality Coalition, in an open letter to Nuxoll reportedly signed by Idaho’s 34 religious leaders belonging to various religions/denominations, stated: “As people of varying faith traditions, we believe that mutual respect is essential for the well-being of our community and state. If we are to prosper, both spiritually and economically, we must learn to listen to one another with respect…Ms. Nuxoll should apologize.”

A Seventh-day Adventist Pastor in Nevada, Omar A. Palmer, urging Nuxoll for a formal apology, indicated: “If Ms. Nuxoll explores into Hinduism, the third largest religion of the world with about a billion adherents, she would find it offers rich philosophical thought.”

Condemning Nuxoll’s “derogatory” statements about Hinduism, Forum For Hindu Awakening, stressed: “We ask that she apologizes for these statements that are insulting to the Idaho Hindu community in particular and the 1 billion followers of Hinduism worldwide.”

Meanwhile, Rajan Zed, who is President of Universal Society of Hinduism, visited Roman Catholic Diocese of Boise after his invocation at Idaho Senate on March three. He was warmly welcomed by Vicar General Joseph A. daSilva and Chancellor Marcella M. Wilske and they had a dialogue on various interfaith issues. There are about 177,335 Catholics in Idaho.

Idaho Senate, upper house in the State Legislature, started its day with ancient Hindu mantras on March third, said to be a first since Idaho acquired statehood in 1890. It contained verses from Rig-Veda; the oldest existing scripture of the mankind still in common use; besides Upanishads and Bhagavad-Gita, both ancient Hindu scriptures. Rajan Zed, who is President of Universal Society of Hinduism, delivered this invocation in Sanskrit and English after sprinkling water drops from river Ganga, considered holy by Hindus.