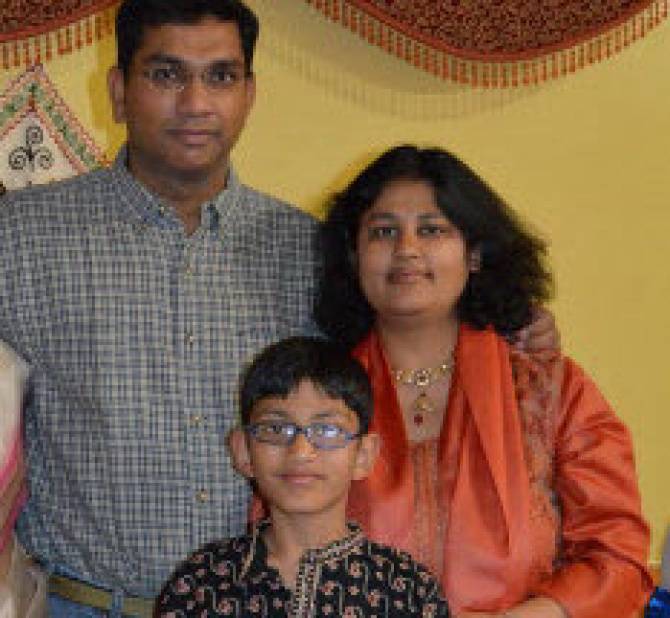 Atlanta, GA: David Finn, the attorney for Pallavi Dhawan broke his silence Monday, saying he wants an independent investigation conducted into their deaths and the January death of their son, reports Fox 4.

The bodies of Pallavi Dhawan, 39 and her husband, Sumeet, 43 were found last Thursday at their home in Frisco, Texas.  Sumeet was found dead on a bed in a downstairs bedroom with blunt force trauma to the head while Pallavi’s body was found in their backyard swimming pool with no signs of trauma.

Pallavi was charged with murder in the January death of the couple’s 10-year-old son, Arnav.

Attorney Finn blames Frisco police for putting the Dhawan family through a legal limbo. Pallavi was persecuted and lived in hell at their home, he said. “They (Frisco PD) couldn’t prove what they presumed.”

Finn had publicly pressured the Frisco Police ‎Department to either drop the murder case against Pallavi or to seek an indictment. He had repeatedly criticized them, accusing them of jumping the gun on the case. He had maintained that Arnav died from natural causes stemming from a brain cyst, and said a packet that had been prepared for a grand jury shows Arnav’s medical records support that, reports Fox 4.

Finn admitted Sumeet and Pallavi’s marriage was strained at times, but said that did not lead to Arnav’s death. The attorney also revealed that Sumeet had called 911 a year ago after he came home to “a messy house”. Pallavi supposedly emptied a bag of Goldfish crackers on the floor and said, “Now it’s messy.” Sumeet then called 911 but no crime was found to have been committed.

However, Finn did not think the strains in the marriage attributed to their deaths. He wants an independent investigation conducted by the Texas Rangers or even the FBI into the Frisco Police Department’s investigation into Arnav’s death.

Finn said he called the Texas Rangers seven months ago, asking them to intervene in Arnav’s death investigation. He added that he had begged Frisco police for seven months to submit the murder case to the grand jury.

Finn questioned why the two officers who discovered Arnav’s body in a bathroom did not have their body microphones or police cruiser dash cameras on at the time. In a recent hearing, one detective testified he did not know of any recordings, reports Fox 4.