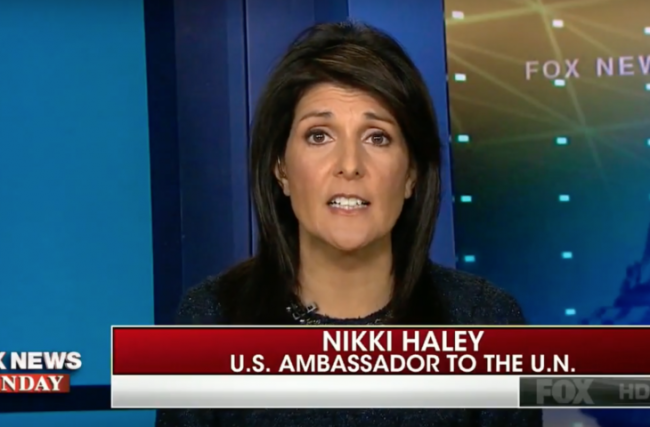 United Nations, May 7 (IANS) The US Ambassador to the UN, Nikki Haley, has said that President Donald Trump’s “communication style” has made her uncomfortable and has proven to have complicated relationships in the diplomatic sphere.

“He has his communication style, but you are not hearing me defend that,” Haley was quoted as saying in a CBS interview.

Haley illustrated her disagreement with Trump citing a tweet of February when he accused Latin American countries of turning a blind eye on drug trafficking, Xinhua news agency reported.

“They’re laughing at us, so I’m not a believer in that, I want to stop the aid,” Trump said in the tweet, referring to the US aid to the region.

Haley later embarked on a trip to Honduras to reconcile and reassure local authorities on US foreign policy.

“If they get education and they get training, then we know that they’re going to be productive,” Haley said.

“If there is anything that he communicates in a way that I’m uncomfortable with, I pick up the phone and call him,” Haley said in the interview and added that Trump had been receptive of her opinion.

Trump has been known to make sensational claims and blunt assertions on social media, which he said helps him get his “unfiltered” message across but has created controversy and sometimes even rifts in the delicate world of diplomacy.

With his unconventional style, Trump has also created strains with American long time allies in Europe and Asia.